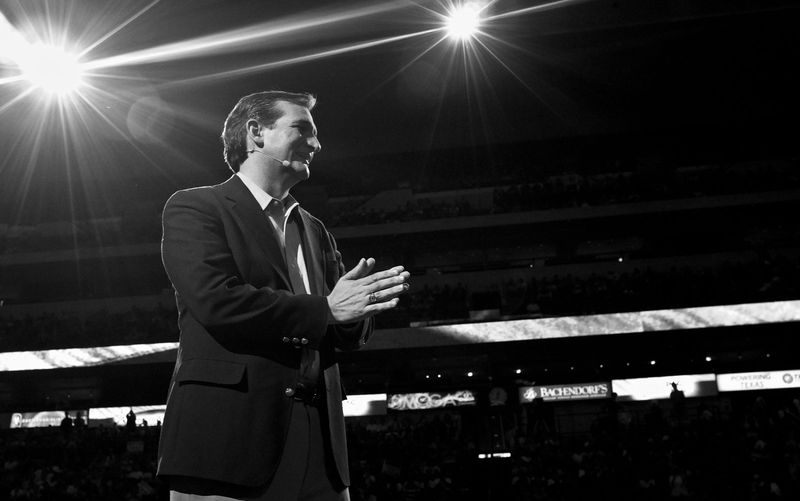 Late yesterday, two Republican Senators demanded in a letter that the Obama administration release the immigration records of the two suspected shooters who killed at least 14 people in San Bernardino, California, this week. Senators Ted Cruz (R-Texas) and Jeff Sessions (R-Alabama) claimed the Obama administration has failed to comply with a request for immigration records of recent terrorists found to be in the United States.

Here is the text of the letter to Attorney General Loretta Lynch, Secretary of the Department of Homeland Security Jeh Johnson, and Secretary of State John Kerry:

On August 12, we sent a letter requesting that you provide basic information regarding the immigration histories of 72 individuals in the United States who have been identified as having a connection to terrorism over a one-year period. You have failed to comply with the request, sent more than three-and-half months ago.

A response is not only long overdue, but urgent in light of a series of assaults, including: the heinous attacks in San Bernardino, California, the earlier attacks on the military recruiting center in Chattanooga, the Boston Bombing, and Congress' imminent consideration of government funding legislation that would include funding for myriad immigration programs that have allowed for these events to occur.

According to these press reports, Farook is the child of immigrants who came to the United States from Pakistan, and Malik travelled to the u.s. from Saudi Arabia. According to the LA Times: "Farook recently traveled to Saudi Arabia and returned with a new wife he had met online." A CNN report added the following detail: "Farook traveled to Saudi Arabia for several weeks in 2013 on the Hajj, the annual pilgrimage to Mecca that Muslims are required to take at least once in their lifetime, which didn't raise red flags, said two government officials. It was during this trip that he met Malik, a native of Pakistan who came to the United States on a 'fiancee visa' and later became a lawful permanent resident." Among Muslim nations, Pakistan is the top recipient of u.s. green cards, having received 83,000 between FY09-FYI3. Further, according to CBS News, sources say that the two viewed ISIS propaganda online, and separate reports indicate that Farook was in touch with other individuals being investigated for terrorism.

Accordingly, in addition to the previously requested information from our August 12th letter, we demand that you immediately provide the same detailed information requested in that letter for Farook and Malik, which would include the immigration history of their parents and any immigration documents related to their marriage and her subsequent travel to the U.S.

In our struggle against terrorism, we are dealing with an enemy that has shown it is not only capable of bypassing U.S. screening, but of recruiting and radicalizing Muslim migrants after their entry to the United States. The recruitment of terrorists in the U.S.. is not limited to adult migrants, but to their young children and to their U.S.-born children - which is why family immigration history is necessary to understand the nature of the threat.

In the first 11 months of this year, we have already identified 12 individuals brought into the country as refugees who have been subsequently implicated in terrorism. Their countries of origin range from Bosnia, to Somalia, to Uzbekistan. These events do not occur in isolation, but tend to be part of broader networks of radicalization and extremism that must be understood as we develop immigration policy.

Congress is days away from consideration of an omnibus year-end funding bill that would set the U.S. on an autopilot path to approve green cards, asylee, and refugee status to approximately 170,000 migrants from Muslim countries during the next fiscal year. In addition to that would tens of thousands of temporary visas for entry and employment, and the entire sum is added to the rest of the annual autopilot green card, asylee, refugee, and foreign worker flow. The security task involved is immense, and Congress must have the requested information if lawmakers are to act as responsible stewards of American immigration policy.

We appreciate your prompt attention to this matter. Please contact our staffs if you have any questions regarding this request.