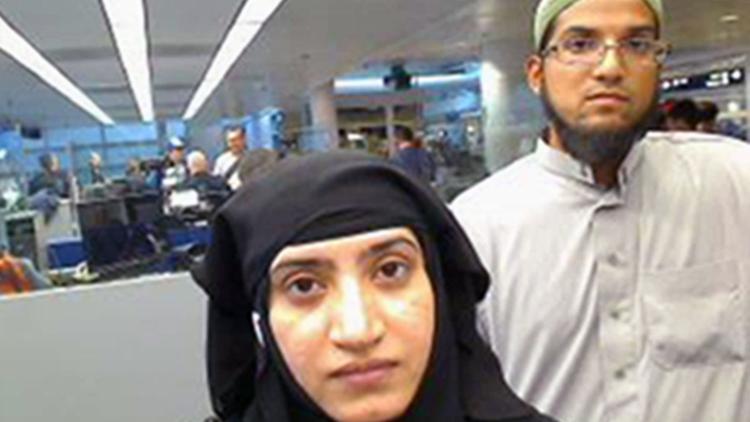 The Los Angeles Times is reporting that Syed Rizwan Farook told U.S. immigration officials in early 2014 that he had met his future wife on an “online website” and they decided to meet in Saudi Arabia after “several weeks of emailing," according to records released that provide new details about the San Bernardino terrorists. The visa application, which can be accessed here, includes the information and materials that Farook, a U.S. citizen born in Chicago, gave immigration officials to prove he and Pakistani-born Tashfeen Malik had met in person and were planning to marry.  Malik’s file includes copies of their Saudi passport stamps and translations of Saudi visas, as well as a two-paragraph statement from Farook saying the two had met with their parents at a house belonging to one of Malik’s relatives in Mecca.  Click the link above for more details.

As the Times observes:

"A 21-page visa application file for Tashfeen Malik offers Syed Rizwan Farook’s version of how the couple met: first on a matrimonial website and then in person when he was on a Hajj pilgrimage to Mecca. Though the paperwork offers more details, it doesn't appear to back the allegations from some Republican lawmakers that immigration officials failed to catch errors that should have blocked her entry."