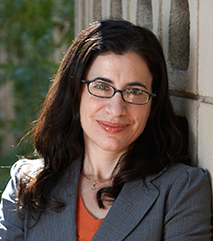 Plenary Power Does Not Justify Prejudice by Professor Fatma Marouf

Since Donald Trump announced his proposal to exclude all Muslims from the United States, law professors have provided conflicting assessments of the constitutionality of this plan. Some have argued that plenary power -- the broad authority given to Congress and the President to regulate immigration -- would permit it; others contend that principles of equal protection, due process, and freedom of religion would prohibit it, without specifically addressing the plenary power that applies in the immigration context.  The critical fact here is that the plenary power remains subject to important constraints.

Over forty years ago, in Kleindienst v. Mandel, the Supreme Court explained that the Executive does not have “unfettered discretion” to deny someone entry to the U.S: there must be a “facially legitimate and bona fide reason” for the exercise of discretion. Dr. Mandel was a revolutionary Marxist who was inadmissible under a law that excluded any advocate of communism. Although a group of U.S. professors wanted him to visit so they could debate him, the Supreme Court found that Dr. Mandel’s abuse of past visas provided a legitimate and bona fide reason for denying him entry.

Just six months ago, the Supreme Court revisited the reviewability of a visa denial in Kerry v. Din, a case brought by a U.S. citizen who had filed an immigrant petition for her husband. The consular officer who denied the visa had stated only that Fauzia Din’s husband was inadmissible under a section of the Immigration and Nationality Act that refers to “terrorist activities.” The Ninth Circuit found that the failure to provide a more detailed explanation violated due process. But a closely divided Supreme Court reversed. Applying the standard in Mandel, Justice Kennedy’s concurrence concluded that the citation to the statutory ground was sufficient to satisfy due process, stressing the national security context.

Trump’s proposal, however, differs from the denial of a visa in an individual case. Trump would be hard-pressed to show a “facially legitimate and bona fide reason” for excluding all Muslims from the United States. While it is theoretically possible that “terrorist activities” could be cited in support of a denial in each case (since no further explanation or factual basis is required under Din), the sweeping nature of the exclusionary rule would call into question whether this reason is bona fide.

Beyond Mandel, the Supreme Court’s 1976 decision in Mathews v. Diaz provides that federal classifications that distinguish among groups of aliens are subject to rational basis review, which requires a law to be rationally related to a legitimate government interest. Trump’s proposal would not pass this test. There are 1.6 billions Muslims in the world – 23% of the global population. Muslim terrorists represent a miniscule fraction of this population. Moreover, Muslims have committed only a small percentage of the terrorist attacks in the U.S post 9/11 – fewer, in fact, than right-wing extremists.[1] Thus, no rational relationship exists between Trump’s proposal and a legitimate interest in national security.

A reviewing court would also likely call into question whether Trump’s proposal is really based on a legitimate interest. In cases where a law is “born of animosity towards the class of persons affected,” the Supreme Court has applied heightened scrutiny, so-called rational basis with bite. Under this heightened standard, the Court has struck down laws based on irrational prejudice against the intellectually disabled (Cleburne), gays (Romer), and hippies (Moreno). In Cleburne, the Court condemned excluding a group based on “mere negative attitudes, or fears”; in Moreno, it invalidated a law motivated by “a desire to harm a politically unpopular group”; and in Romer, it rejected “a status-based classification of persons undertaken for its own sake.”

Trump’s proposal to exclude all Muslims from the United States reflects the same type of animus that led the Court to reject these laws under a heightened standard of review.  His proposal is so sweeping that it is reminiscent of the Asiatic Barred Zone created by the 1917 Immigration Act, which barred anyone from a vast region that included much of the Middle East, South Asia, Central Asia and Indonesia.  This Act, like the Chinese Exclusion Act that preceded it, was fueled by fear and would not be found to further a legitimate government interest today, much like Trump’s recent proposal.

Even if Trump’s proposal never comes to pass (and most likely it never will), it is still dangerous. The most disturbing dimension of the Supreme Court’s decision in Din is that any Muslim can now be denied a visa based on alleged “terrorist activities” without an explanation, making it impossible to challenge a denial that is based purely on prejudice. By drumming up animus against Muslims, Trump encourages such discrimination in the use of discretion, allowing the din of a cheering crowd to drown out the voice of reason.