Refugee of the Day: Andrew Grove (Hungary), CEO of Intel 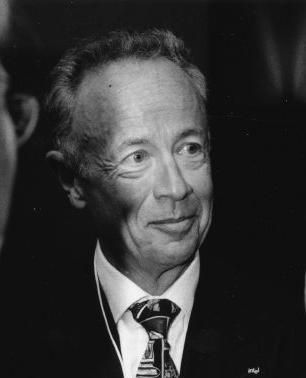 Born in Hungary, Andrew "Andy" Grove is an American businessman and engineerr. He is a science pioneer in the semiconductor industry. He escaped from Communist-controlled Hungary at the age of 20 and moved to the United States where he finished his education. He later became CEO of Intel Corporation and helped transform the company into the world's largest manufacturer of semiconductors.

Grove has been called the "guy who drove the growth phase" of Silicon Valley. Steve Jobs, when he was considering returning to be Apple's CEO, called Grove, who was someone he "idolized," for his personal advice.

Grove was born to a middle-class Jewish family in Budapest, Hungary. When he was eight, the Nazis occupied Hungary and deported nearly 500,000 Jews to concentration camps. He and his mother took on false identities and were sheltered by friends. His father was taken to a labor camp to do forced labor, but was reunited with his family after the war.

During the Hungarian Revolution of 1956, Grove fled across the border into Austria, where he eventually made his way to the United States in 1957.