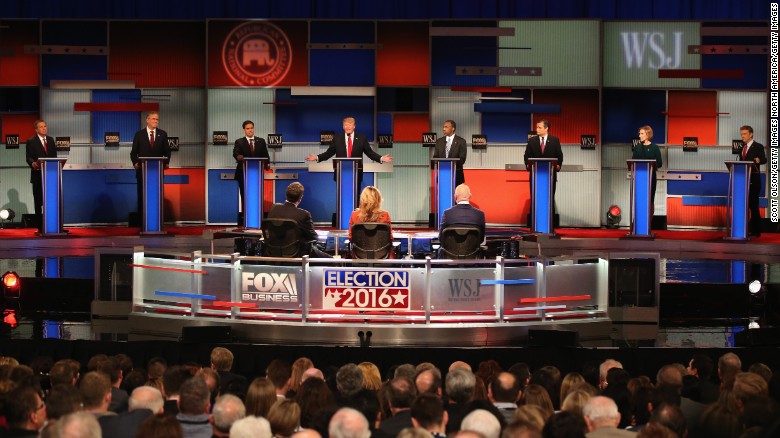 Jonathan Martin and Patrick Healy in the New York Times reported on the Republican presidential candidates clashing over immigration and other policies at the debate (full transcript here) in Milwaukee, Wisconsin last night, with Ohio Governor John Kasich and former Florida Governor Jeb Bush "heaping scorn on Donald J. Trump’s plan to deport unauthorized immigrants." Kasich and Bush presented themselves as experienced chief executives who had practical solutions to deal with national challenges like immigration. Yet Trump and Senator Ted Cruz of Texas, attacked any"amnesty" and argued that undocumented workers were driving down Americans’ wages.

Immigration clearly is a dividing line among the Republican candidates.  Bush and Kasich favor a comprehensive immigration overhaul.  Trump has expressed harsh language about immigrants in the country illegally.

Several other candidates, like Senator Marco Rubio of Florida and Ben Carson, received a pass from the moderators on immigration.  Kasich took on the issue directly after Trump defended his plan to build a wall along the Mexican border and to identify and deport some 11 million people.