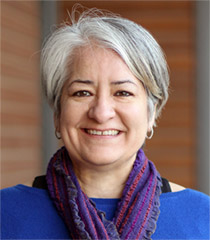 This is the latest installment of the ImmigrationProf blog on-line symposium on the Fifth Circuit's ruling on last Monday in Texas v. United States, which enjoined the Obama administration's expanded deferred action program.  The author is Professor Leticia Saucedo, UC Davis School of Law.

Employment Authorization, the DAPA Memo and the Fifth Circuit’s Opinion

On November 9, the Fifth Circuit denied the federal government’s petition to stay the federal district court’s injunction in Texas v. United States. The ruling upheld the injunction, preventing the implementation of the administration’s extended DACA and DAPA programs, otherwise known as the DAPA memo. The court decided that the Obama administration’s proposed implementation of the DAPA memo was a substantive rule implemented in violation of the Administrative Procedure Act’s requirements for notice and comment rulemaking. Substantively, the court held that the executive branch overreached its authority to issue employment authorization to the millions of undocumented individuals that would qualify under the administration’s deferred action program. In this post I analyze the executive branch’s authority to issue employment authorization documents.

The Court of Appeals is wrong. The employer sanctions provisions of Immigration Reform and Control Act (IRCA) expressly grant wide latitude to the agency, and Congress specifically intended to provide the agency with this broad authority. And so, the Court of Appeals got it backwards when it concluded that

“[I]f DAPA’s deferred-action program must be subjected to notice-and- comment, then work authorizations may not be validly issued pursuant to that subsection until that process has been completed and aliens have been ‘granted deferred action.’”

As the government argued and the dissent concluded, the agency has the authority to grant employment authorization regardless of DAPA; it is its authority to regulate worksite immigration enforcement that allows it to also grant deferred action on a category of individuals for its convenience.

Congress granted the agency this broad authority precisely to enable the agency create what is now the vast and largely-expanded infrastructure for worksite enforcement. If Congress had not vested the agency with flexibility in creating the categories for proper employment authorization, the carefully-created compromises in the employer sanctions provisions would not have been sustainable.

When Congress first set up employer sanctions and worksite immigration enforcement scheme in IRCA, it made the explicit decision to give the executive branch the authority and discretion to provide employment authorization to certain classes of noncitizens. INA § 274A(h)(3) defines an “unauthorized alien” for employment purposes:

As used in this section, the term “unauthorized alien” means, with respect to the employment of an alien at a particular time, that the alien is not at that time either (A) an alien lawfully admitted for permanent residence, or (B) authorized to be so employed by this Act or by the Attorney General. (emphasis added).

The clear meaning of this language is to give the Attorney General discretion to authorize employment under the Act. IRCA provides specific guidance to the agency about its power to determine who is eligible for work, and yet the employer sanctions provision is silent on the question of how unlawful presence should be considered. The Act further provided, “The Attorney General shall, not later than the first day of the seventh month beginning after the date of enactment of this Act, first issue, on an interim or other basis, such regulations as may be necessary in order to implement this section [which included INA § 274A].”

There are important effects beyond undermining the employer sanctions provisions. From a civil rights perspective, the employer sanctions provisions would strip all meaning from prohibitions on alienage discrimination that also were a part of the grand bargain between Congress and employers in the implementation of worksite immigration enforcement. Under the alienage discrimination provision, an employer cannot discriminate against an employment-authorized worker on the basis of alienage. The provision was put in place alongside the safe harbors in the employer sanctions provisions to ensure that employers did not discriminate in their hiring practices and claim that they did not have the capacity to distinguish between employment-authorized and unauthorized workers. The Court’s ruling now puts employers in a bind if they cannot rely on the agency’s authority to grant employment authorization. In other words, when Congress implemented IRCA, it understood that there would be a universe of unlawfully present individuals seeking work. It defined “unauthorized alien” specifically in the statute to give the agency the flexibility to monitor, regulate and control that universe. Employment authorization does not make an individual lawfully present, nor does it provide any of the benefits that the Court of Appeals imagines. It does, just as Congress intended, provide the immigration agency the flexibility and authority to authorize employment as it sees fit, so that the ultimate goal of employer sanctions – to make the employer accountable for unauthorized work – can be achieved.

The Court of Appeals displayed a fundamental lack of understanding of IRCA and the relationship between employment authorization and DAPA. If it had understood the genesis and history of employment authorization and its relationship to employer sanctions, it would have understood that deferred action is a mechanism to provide the agency with the type of flexibility necessary to enforce employer sanctions. Bringing people out of the shadows, as President Obama suggested, is really about maintaining the employer sanctions system that Congress so carefully crafted almost 30 years ago.