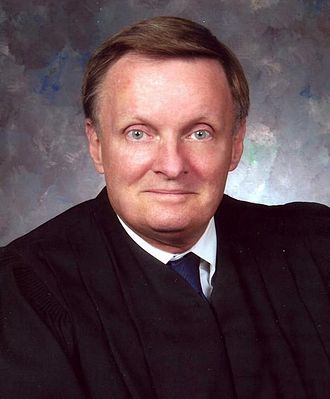 The big news is that the U.S. Court of Appeals for the Fifth Circuit late yesterday issued an opinion in Texas v. United States.   The court, in a 70 page opinion by Judge Jerry Smith (and joined by Jennifer Walker Elrod), summarized its ruling as follows:

"The government appealed and moved to stay the injunction pending resolution of the merits. After extensive briefing and more than two hours of oral argument, a motions panel denied the stay after determining that the appeal was unlikely to succeed on its merits. Texas v. United States, 787 F.3d 733, 743 (5th Cir. 2015). Reviewing the district court’s order for abuse of discretion, we affirm the preliminary injunction because the states have standing; they have established a substantial likelihood of success on the merits of their procedural and substantive [Administrative Procedure Act (APA)] claims; and they have satisfied the other elements required for an injunction."

In synthesizing the essence of the case, the majority stated that "[a]t its core, this case is about the Secretary[ of the Department of Homeland Security's] decision to change the immigration classification of millions of illegal aliens on a class-wide basis.  *(page 70).

"There can be little doubt that Congress’s choices as to the level of funding for immigration enforcement have left [Department of Homeland Security (DHS)] DHS with difficult prioritization decisions. But those decisions, which are embodied in the [Deferred Action for Parental Arrivals (DAPA)] Memorandum, have been delegated to the Secretary by Congress. Because federal courts should not inject themselves into such matters of prosecutorial discretion, I would dismiss this case as non-justiciable.

Furthermore, the evidence in the record (the importance of which should not be overlooked) makes clear that the injunction cannot stand. A determination of “pretext” on the part of DHS must have a basis in concrete evidence. Of course, as appellate judges, we may not substitute our own view of the facts for that of the district court. But we must also embrace our duty to correct clear errors of fact—that is, to ensure that factual determinations are based not on conjecture, intuition, or preconception, but on evidence. Based on the record as it currently stands, the district court’s conclusion that DAPA applications will not be reviewed on a discretionary, case-by-case basis cannot withstand even the most deferential scrutiny. Today’s opinion preserves this error and, by reaching the substantive APA claim, propounds its own. I have a firm and definite conviction that a mistake has been made. That mistake has been exacerbated by the extended delay that has occurred in deciding this “expedited” appeal. There is no justification for that delay.

Obama's November 2014 executive actions have been on hold since February.  The Fifth Circuit agreed in March to hear the appeal on an "expedited" basis, and the case was argued July 10.  The Fifth Circuit Circuit decision would seem to allow the Supreme Court enough time to take up the dispute this Term.

Stay tuned for analysis of the ruling.