DAPA Turns One: Will It Ever Go Into Effect?

One year ago, President Obama announced a series of actions in an attempt to make the current U.S. immigration system more workable. Since then, the Administration implemented many of these actions, such as dismantling Secure Communities and adopting the new Priority Enforcement Program.   Through these actions, the Department of Homeland Security is concentrating its limited enforcement resources on removing convicted criminals and recent border crossers – rather than breaking up families who have been living and working in our communities for years. 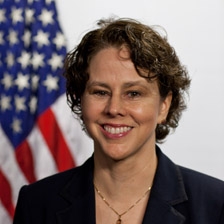 To mark the one year anniversary, Cecilia Muñoz, Assistant to the President and Director of the White House Domestic Policy Council, authored this blog post.  Click here for the Spanish version.

The U.S. Court of Appeals for the Fifth Circuit has delayed the implementation of the expanded deferred action program (DAPA), which the Obama administration is seeking to have the Supreme Court review.  The Court could decide the lawfulness of the administration’s expanded deferred action program in the spring of 2016, just months away from the 2016 Presidential election. It thus seems unlikely that, even if vindicated by the Court, the program will be in effect for long during the Obama administration. The end result is most unsatisfying -- a delay of many years of immigration reform combined with the stymying of the Obama administration’s modest attempt to cobble together some temporary relief in the face of an immigration stalemate in Congress.  At the same time, millions of noncitizens have been removed from the United States in the Obama years.  All in all, it is not the immigration legacy that President Obama could have wanted or the nation deserved.