BIA Has to Say that Immigration Judges Shouldn’t Bully Children 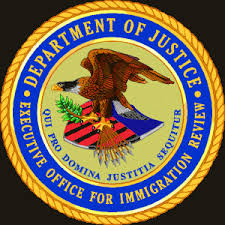 In Matter of Y-S-L-C, the Board of Immigration Appeals has issued what really should be an obvious directive for immigration judges:  IJs should not bully noncitizen respondents (especially children seeking asylum), and IJs should not twist the Federal Rules of Evidence by purporting to apply the standards for qualifying expert witnesses to asylum applicants themselves.  The opinion is worth reading, as a troubling example of how one IJ conducted the proceedings. From the opinion:

“At a hearing before the Immigration Judge, the respondent’s counsel attempted to question him regarding the effect that his experiences in Guatemala had on him. The following colloquy occurred:

[COUNSEL] TO [THE RESPONDENT] Q. These events that you suffered and endured in Guatemala, have they caused you any psychological issues; nightmares─

JUDGE FOR THE RECORD We’ll qualify him as an expert witness.

JUDGE TO [THE RESPONDENT] Q. Sir, how far have you gone in school? A. How far did I go in school? The 6th grade. Q. Have you ever lectured on a professional level on psychology?

JUDGE TO [COUNSEL] If you’re willing to stipulate that he has never lectured at the university or professional level, he’s never written any professional journals, and he’s never had any training on psychology, then I will allow him to testify as a lay witness. But he’s not going to testify as to vague psychological problems. You can ask him if he has experienced difficulties because of what he saw when he was 4 years old in Guatemala and questions like that. But you cannot ask him the psychological impact."

As the opinion itself acknowledges, criticisms of IJ conduct are not new, especially in the federal courts of appeal.  One might still be disturbed that the BIA found it necessary to provide the following elementary guidelines on IJ behavior:

“Courts have stressed that a respondent in immigration proceedings should expect dignity, respect, courtesy, and fairness in a hearing before an Immigration Judge. . . . Conduct by an Immigration Judge that can be perceived as bullying or hostile can have a chilling effect on a respondent’s testimony and thereby limit his or her ability to fully develop the facts of the claim.”

In Matter of Y-S-L-C, the child respondent was represented by counsel.  But what if he or she  had appeared for the asylum merits hearing without a lawyer, as have scores of children who have been denied asylum in the past year?  We can imagine that the IJ might have exhibited even more troubling behavior with no third party advocates in the courtroom, and that the chances of an appeal presenting itself before the BIA would have been minimal.  The decision highlights the need for ongoing litigation in J-E-F-M- v. Holder, the class-action lawsuit filed in federal district court in Washington State, which alleges constitutional and statutory violations resulting from the federal government’s refusal to provide appointed counsel to children in removal proceedings.

Given the Executive Office for Immigration Review’s plans to hire more IJs across the country (which we blogged about here), hopefully this decision will serve as a reminder for EOIR to apply rigorous standards in the hiring and retention of IJs.