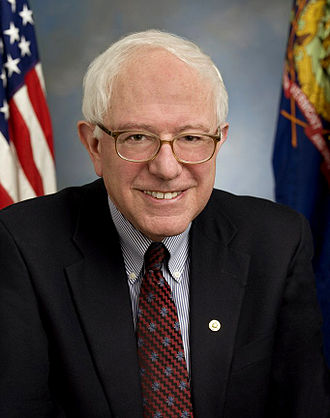 Bernie Sanders has outlined "A Fair and Humane Immigration Policy," which is getting positive attention from, among others, the New York Times and the Washington Post.   The broad principles of the plan are as follows:

Through legislation and executive action, Senator Sanders will implement a humane and secure immigration policy that will:

The plan provides further detail on each of these areas and strikes a very different tone on immigration than the Republican presidential candidates.  The Latin Times calls Sanders' immigration proposal more progressive and detailed than Hillary Clinton's.

Protect Immigrant Workers Exercising their Rights. Legislatively, a Sanders Administration would establish a whistleblower visa for workers reporting labor violations. Administratively, Senator Sanders would establish an affirmative process for these individuals to request deferred action. Many employers regularly abuse immigrant workers knowing employees will not hold them accountable for fear of deportation.

Decouple Local Law Enforcement from Immigration Enforcement. In too many instances, deportation programs like the Priority Enforcement Program (PEP), the 287(g) program, and the Criminal Alien Program have unjustly turned local law enforcement officials into immigration officers. Racial profiling and the criminalization of communities of color form the foundation of these deportation programs which will be eliminated under a Sanders Administration.  As President, Senator Sanders will implement the recommendations of President Obama’s Task Force on 21st Century Policing to “decouple federal immigration enforcement from routine local policing.”

Promote Cooperation Between Immigrants and Local Law Enforcement. Senator Sanders wholeheartedly rejects the “The Great Sanctuary City Slander” as the politics of fear, and supports enacting community trust policies. These policies will strengthen relationships between community members and local law enforcement, respect the constitutional rights of immigrants, and reflect the will of a locally elected electorate.

Expand Access to Counsel for Immigrants. Based on the constitutionally enshrined principle of habeas corpus, a Sanders Administration will increase access to legal counsel for detained immigrants. This expansion is critical in light of instances where ICE coerced large numbers of immigrants to sign their own deportation order. A Sanders Administration will vigorously implement the protection against coerced or “unwitting deportation” established as part of Padilla v Kentucky (2010).

Properly Fund Our Nation’s Immigration Courts. To ensure that our immigration system respects constitutional protections, as President Senator Sanders will work with Congress to provide additional funding and immigration judges to the Executive Office for Immigration Review and restore discretion to judges and allow them to consider the unique circumstances of an individual’s case.

Close Loopholes that Allow Racial Profiling by Federal Authorities. Senator Sanders will fight to end racial profiling. Immigrants should never face deportation as a result of racial or ethnic profiling. A Sanders Administration will work to revise the U.S. Department of Justice’s Guidance Regarding the Use of Race by Federal Law Enforcement Agencies. Under the current guidance, the Department of Justice carved out significant exceptions for federal law enforcement agencies like the FBI, TSA and Customs and Border Protection (CBP) to profile racial, religious, and other minorities at or in the vicinity of the border. Furthermore, the Guidance does not apply to most state and local law enforcement agencies.

End Family Detention. As President, Senator Sanders will end family detention. He will work to ensure that detention centers do not hold families and adhere to the letter and spirit of the Flores Order. The detention of families, most of which come to our country seeking protection under our laws, is an affront to the values our nation was founded upon.

Reduce Border Deaths. Senator Sanders will work to reduce the unacceptable and inhumane number of deaths on the border. One practice that has no place in a humane immigration system is the use of remote deportations. Dumping someone in an unfamiliar location can be lethal as the State Department has recognized that parts of Mexico are run by “organized criminal groups.”

Strengthen and Expand Our Support for Refugees. In light of the Syrian refugee crisis, a Sanders Administration would continue to welcome refugees to the US and meet our international responsibilities.  When hundreds of thousands of people have lost everything and have nothing left but the shirts on their backs, we should not turn our backs on refugees escaping violence, whether it be Syrians in the Middle East or young children in Latin America.   We need to continue our efforts to provide refugees fleeing violence with the opportunity for a new life, and explore additional ways to address the humanitarian crisis.

End the Economic Exploitation of Immigrant Workers. The visa system must be fundamentally reformed to prevent employers from abusing and exploiting guest workers, especially in the context of H-2B, H1-B, and J-1 workers. Binding workers to a specific employer or not allowing their family members to work creates a situation rife for abuse and exacerbates an already unequal relationship between the employer and the employee. We must substantially increase prevailing wages that employers pay temporary guest workers. To build on Senator Sanders’ previous legislation, Senator Sanders will ensure that if there is a true labor shortage, employers must offer higher, not lower wages.

Protect and Expand the Legal Rights of Immigrant Workers. Regardless of status, immigrant workers should not fear holding employers accountable for exploitation. Senator Sanders will work with Congress to authorize and substantially increase funding for the Legal Services Corporation to provide legal representation to guest workers exploited by employers. Moreover, Senator Sanders will work toward requiring employers to reimburse guest workers for housing, transportation expenses, and workers’ compensation.

Fully Fund and Prioritize Immigrant Integration. Senator Sanders recognizes that integration is a two-way process that benefits newcomers and Americans alike. Helping immigrants become part of our ever-changing national fabric is essential to a true national security policy, one where aspiring Americans deeply believe in the values of our nation. Senator Sanders will call for greater investment in immigrant integration as the returns on modest investments are often substantial, both culturally and economically.

Expand Access to Naturalization. There are approximately nine million lawful permanent residents who are eligible to naturalize and become citizens but do not due to financial obstacles. As such, it is well past time to for Congress to appropriate resources to strengthen the U.S. Citizenship and Immigration Services’ (USCIS) budget and to reduce application fees. High fees for immigration benefits, especially naturalization, act as a deterrent for aspiring Americans to embrace U.S. citizenship and are not in keeping with the American immigrant tradition.

Connect Integration with Educational Programs. Immigrant integration occurs in our schools, our workplaces, and in the community at large. Senator Sanders’ policies to make public colleges and universities tuition free, raise the minimum wage, expand Social Security, and make it easier for workers to form unions will benefit all Americans, regardless of immigration status. In addition, Senator Sanders will foster increased access to English as a Second Language instruction, and early learning programs for children.