In the last few weeks, Ben Carson has taken a hard line on Syrian refugees. He wants no part of them. He's recommended "using our resources and talents to help them get settled, over there," arguing that Syrian refugees shouldn't be allowed into the United States because it would be "too easy to embed within them" jihadists.

This week, Carson is in Jordan, where he's gone to meet with Syrians in refugee camps there. Carson spoke about his travels with Chuck Todd on Meet the Press this morning.

Carson said that he "talked to the people" -- both Jordanians and Syrian refugees -- to find out "what they think." Here's his summary:

The Syrians want to be in Syria. They want to be repatriated in their own country. And they are looking for a mechanism to get there. But in the meantime the facilities that have been offered to them here in Jordan are very satisfactory. And when I asked them what Americans could do they said if Americans could support those facilities to a greater degree because they have much more capacity here in Jordan. And I suspect in some of the other countries as well.

Let's break that down. The Syrians want to be in Syria. Of course they do! That's the nature of being a refugee. They want to be in the Syria that used to exist. The one where they weren't persecuted and threatened. Again, I find myself quoting Warsan Shire: "you only leave home / when home won't let you stay."

So, what about capacity? Mapfight (your classroom app) has the answer: 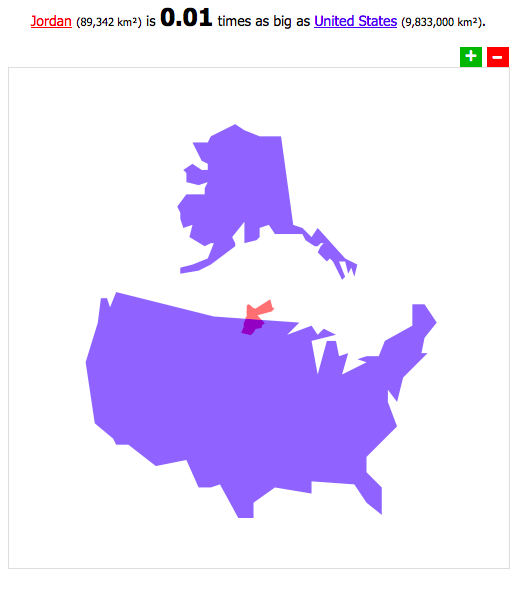