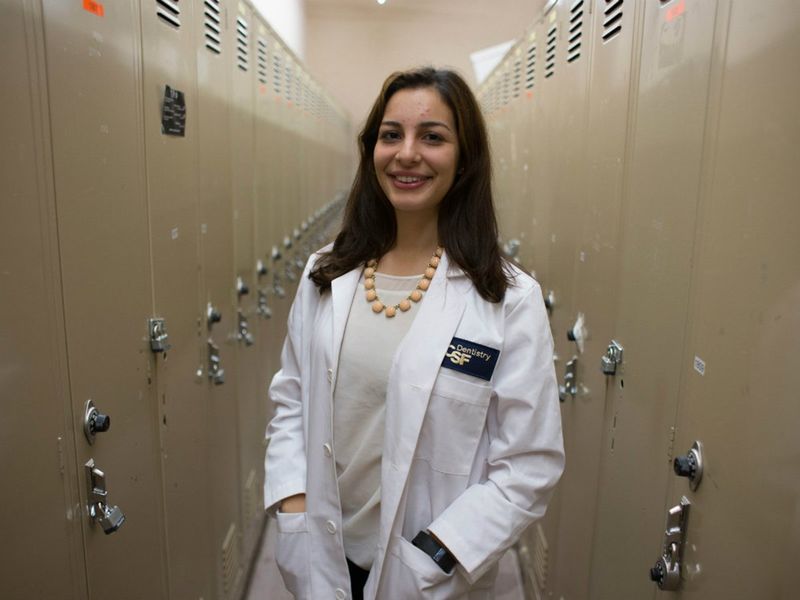 Listen to this heartwarming Capital Public Radio report on an undocumented immigrant who received relief under President Obama's Deferred Action for Childhood Arrivals program.  Laura Aguilar wasone of an estimated 11 million people who live the United States without authorization. As a child she did not have a choice about whether she wanted to move to California from Mexico. After nearly 20 years here, Laura says she’s an American and she intends to make her life in the United States and give back to her community.

On September 18, 2015, Laura Aguilar Sanchez received a white clinical coat as one of 89 students welcomed to UC San Francisco's School of Dentistry. She is one of three undocumented students accepted to the Class of 2019.