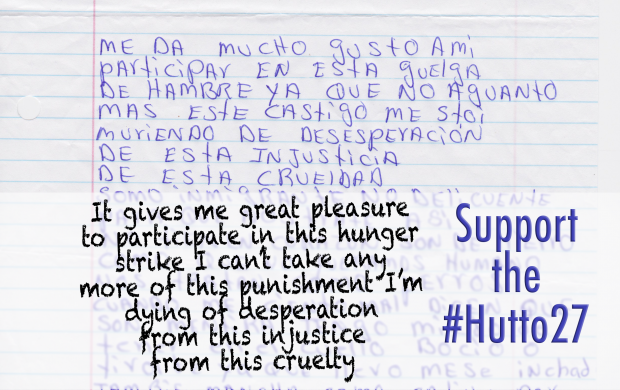 Reuters reports that nearly 30 women at an immigration detention facility in Texas have begun a hunger strike. In their letters, they highlight “grave injustices,” detentions of up to 18 months, inedible food, and “little or no security.”

“There are grave injustices being committed, detentions spanning eight months, 10 months, a year, a year and a half, so in the end we are being told we have no rights and will be deported, with offensive words and gestures that make us feel worthless,” Magdrola, from Guatemala, wrote in her letter, published by Grassroots Leadership along with 16 letters from other detainees.

According to the rights group, at least 27 women are hunger striking at the T Don Hutto residential center in Taylor, near Austin, asking for immediate release.