Report Exposes How ICE’s Inspections Perpetuate and Obscure Abuse at Immigration Detention Centers Around the U.S.

Here is part of the executive summary:

"A review of five years of ICE inspections for 105 of the largest immigration detention centers confirms that ICE’s oversight practices under the Obama administration remain fundamentally unchanged and unreformed. Public and private contractors who run detention facilities continue to make money without adequate oversight, and troubling conditions of detention persist for the more than 400,000 individuals who pass through ICE custody each year. In fact, detailed reviews of six facilities known to have troubling human rights records suggest that in some cases, ICE inspections allow facilities to obscure severe conditions problems and their inability to protect the rights and lives of detained immigrants." 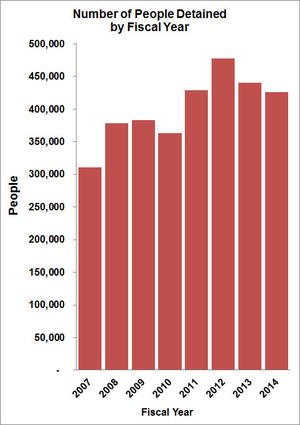