Russia does not allow migrants to cross its border with Norway on foot. And Norway does not allow drivers to enter the country ferrying unauthorized migrants. But where there's a will, there's a way. Migrants are now crossing the border between Russia and Norway on children's bicycles. 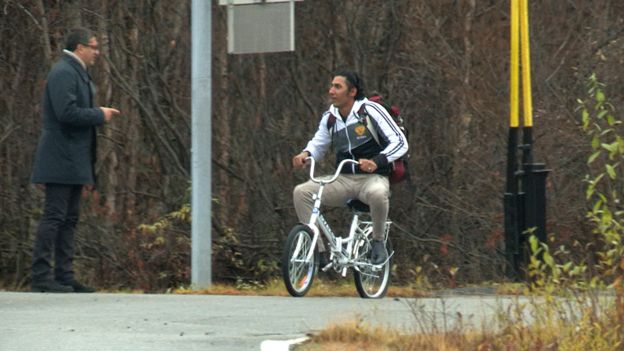 The BBC reports that while a whopping 7 migrants used this route in 2014, some 1100 migrants have crossed on bicycle this month.