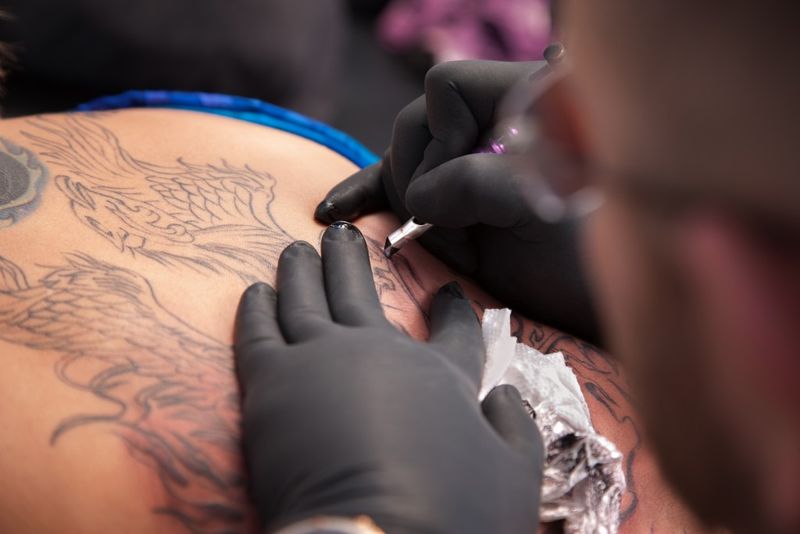 Esther Yu-Hsi Lee on Think Progress reports on the reliance on tattoos for denial of immigrant visas.  A noncitizen recently was denied a visa into the United States to reunite with his U.S.-citizen wife and children based on tattoos that U.S. consulate officials in Mexico say are gang-related, according to the NY Daily News.

Ruben Zamora crossed the southern United States border from Mexico at the age of 8 and illegally lived in the country until he was 29. He married U.S.-citizen Vanessa Ruiz in 2009 and the pair have two U.S.-born children under the age of ten. In 2014, attorneys told Zamora to return to Mexico so that he could begin his immigrant visa process to become a legal permanent resident in the United States after marrying his citizen wife. The U.S. consulate in Mexico has barred his re-entry because they claim that he has gang tattoos.

The U.S. State Department said that the consulate’s decision was based on “more than mere suspicion, noting that “it is a probability, supported by the facts, that the alien is a member of an organized criminal entity.” The email added that new evidence proving Zamora’s innocence would help change the consulate’s ruling.

Ruiz said that her husband got his tattoos when he was a teenager and that the symbols weren’t gang-related at the time. She also stated that her husband left his group after they became involved in gang activity.

U.S. State Department officials say that they don’t deny visas based on tattoos. But consular officers sometimes consider certain tattoos as “a display of symbols of the organization or maybe as a form of acknowledgment by the individual of his membership in the organized crime group,” Asian Journal reported.