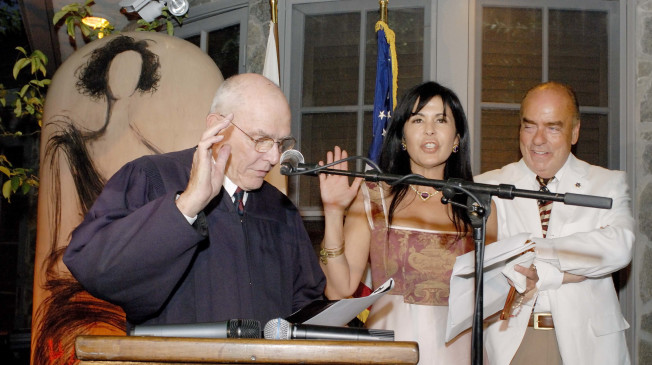 It became public earlier this week that both U.S. Circuit Court of Appeals for the Ninth Circuit Judge Harry Pregerson and his son, U.S. District Judge Dean D. Pregerson of the Central District of California, are scheduled to take senior status this winter. The elder Pregerson, who turns 92 next month, is to assume senior status on Dec. 11, the 44th anniversary of his taking the oath as a U.S. district judge; he was appointed by then-President Lyndon B. Johnson. Dean Pregerson, 64, appointed to the bench by President Bill Clinton in 1996, is scheduled to take senior status Jan. 28.

Both judges have had illustrious careers on the federal bench.  Judge Harry Pregerson in particular has earned a reputation as a champion of immigrants.  He has fairly regularly criticized (and here, here) the "cruelty" of the immigration laws.  Just this past summer, Judge Pregerson made the news for comments in oral argument in a case in which the state of Arizona defended the state’s refusal to issue driver's licenses to recipients of relief under the Deferred Action for Childhood Arrivals program.  Pregerson asked why Arizona continued to try to deny licenses to the DACA recipients. “Does it come down to racism? Does it come down to discrimination against these people? What else does it come down to?” he asked.