Immigration Article of the Day: Challenging the 'Criminal Alien' Paradigm by Angélica Cházaro 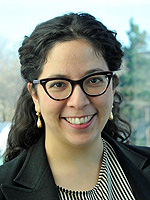 Abstract: Deportation of so-called "criminal aliens" has become the driving force in U.S. immigration enforcement. The Immigration Accountability Executive Actions of late 2014 provide the most recent example of this trend. Even for immigrants’ rights advocates, conventional wisdom holds that if deportations must occur, "criminal aliens" should be the first to go. A voluminous crimmigration scholarship notes the ever-growing entwinement of criminal and immigration enforcement, but does not challenge this fundamental premise.

This Article calls for a rejection of the formulation of the "criminal alien" — the figure used to increasingly justify the preservation and expansion of a harmful immigration regime. It thus defends a normative claim that is starkly at odds with settled assumptions in advocacy and the literature: Deportations should not be distributed along the lines of migrant criminality. As a consequence, this Article argues, scholarship and advocacy should embrace "criminal aliens" as the priority group to defend against immigration enforcement efforts.

This move is long overdue. Across the political spectrum, calls are being made to trim back the excesses of the criminal justice system, with both policing and incarceration practices suffering from crises of legitimacy. Yet the immigration system continues to layer the shortcomings and dysfunctions of the criminal justice system onto immigration enforcement efforts. The latest immigration reform effort, the Immigration Accountability Executive Actions, refine what it means to be a "criminal alien," thereby expanding partnerships with the criminal justice system and creating stronger nets of social control over broad swaths of the noncitizen population. While offering the possibility of deportation relief to part of the undocumented population, the Executive Actions ultimately do not curb deportations. Rather, the programs refocus enforcement efforts on an ideologically acceptable target: the "criminal alien." To avoid this outcome, and to begin to dismantle immigrant vulnerability, the "criminal alien" paradigm must be challenged.