Immigration Article of the Day: Return of the JRAD by Jason A. Cade 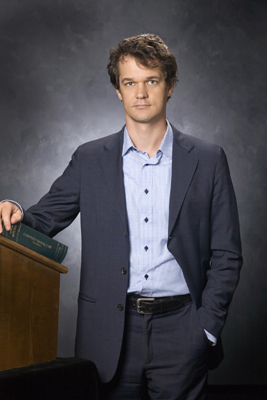 Abstract: Ignacio Diaz Aguilar’s felony conviction for document forgery made him a priority for deportation and disqualified him from the possibility of discretionary relief from removal, despite apparently significant equities and mitigating factors. And yet, when Federal District Court Judge Jack B. Weinstein sentenced Mr. Aguilar on August 14, 2015, he recommended that the government not deport Mr. Aguilar, even though no legal rules provided him with a route to that result. This essay places Judge Weinstein’s recommendation in a broader context, explaining its importance within the modern deportation regime. Statutory reforms and new agency practices have made criminal history the primary marker of noncitizen undesirability. Even longtime lawful permanent residents with only minor convictions often cannot escape removal or make a case for discretionary relief. As a result, the immigration system, as it works today, is in deep tension with the principle that under a humane system of justice the penalty should fit the crime.

Judge Weinstein’s sentencing order in Aguilar points the way to an important reform that would decrease the likelihood of disproportionate removals in cases that involve noncitizens with a criminal history. A sentencing judge’s decision to recommend against deportation in criminal cases offers immigration authorities an efficient, reliable, and cost-effective means of assessing a noncitizen’s positive and negative equities and determining whether removal is an appropriate part of the total penalty for the noncitizen’s transgression. In short, a sentencing judge’s recommendation against deportation could serve as a disproportionality rule of thumb, tempering and refining the role that criminal history plays in deportation decisions. This essay makes the case that immigration authorities can and should rely on such recommendations -- as well as other forms of relief from all-out criminal punishment (e.g., pardons, expungements, and deferred adjudications) -- as signals that a noncitizen’s encounter with the criminal system presumptively should not lead to deportation. To be sure, in some cases, that presumption should be overcome, particularly when the government can establish the noncitizen’s dangerousness or otherwise demonstrate social undesirability. But deportation should be the exception, not the rule, in cases where the end result of the criminal process involves elimination or mitigation of the underlying criminal conviction.