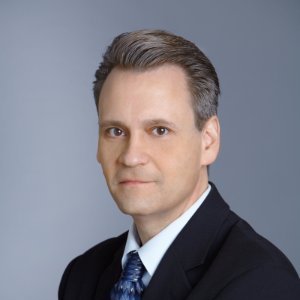 In a published decision written by Judge Stephen Reinhardt, the Ninth Circuit Court of Appeals held yesterday in Dimaya v. Lynch that the definition of a “crime of violence” – one of over thirty categories of convictions that constitute an “aggravated felony” under federal immigration law – is unconstitutionally void for vagueness.  The opinion specifically examined the language at 18 U.S.C. § 16(b) (a provision of federal criminal law), which is incorporated by reference in federal immigration law at 8 U.S.C. § 1101(a)(43)(F) (stating that a “crime of violence,” for which the term of imprisonment is at least one year, is an aggravated felony).

The Ninth Circuit held that the Supreme Court’s 2015 decision in Johnson v. United States, which found unconstitutional the Armed Career Criminal Act’s definition of a “violent felony” on void for vagueness grounds, was applicable and that the definition of a “crime of violence” in federal immigration law “suffers from the same indeterminacy as” the criminal sentencing clause at issue in Johnson. (Slip Op. at 4).

The opinion reflects underlying concerns about due process and fairness in the immigration law framework governing noncitizens with criminal convictions.  Although the Supreme Court rejected a void for vagueness challenge to the crime involving moral turpitude provision in the 1951 case Jordan v. DeGeorge, Dimaya grounded the vagueness concern in procedural due process, stating that “a necessary component of a non-citizen’s right to due process of law is the prohibition on vague deportation statutes.”  The opinion also cited SCOTUS decisions in Mellouli v. Lynch and Padilla v. Kentucky to emphasize the critical importance of “efficiency, fairness, and predictability in the administration of immigration law” (quoting Mellouli) as well as the need for noncitizens to “anticipate the immigration consequences of guilty pleas in criminal court” (quoting Padilla).  (Slip Op. at 9).

It is unclear what this opinion means for potential void for vagueness challenges in the future.  One can reasonably anticipate similar arguments being raised in other Circuit Courts of Appeal regarding the crime of violence provision.  As Mary Holper has argued in this article, immigration law's crime involving moral turpitude provision could also be subject to a vagueness challenge.  However, Judge Consuelo Callahan writes in dissent in Dimaya that the Ninth Circuit has “again ventured where no court has gone before and that the Supreme Court will have to intervene to return [it]to [its] proper orbit.”  (Slip Op. at 42).

Andrew Knapp (an alumnus of Western State College of Law)  has shared his thoughts on the case as follows: “Today's decision will help untold, long term noncitizen residents of the United States with felony convictions, under many broad criminal statutes that lack any element of the use of violent force, to remain in this country with their families and to escape the vicious cycle of deportation and unlawful reentry prosecutions, with massively enhanced sentences, due to the government's erroneous and unconstitutional classification of their convictions as aggravated felony crimes of violence.

James Garcia Dimaya, a young native and citizen of the Philippines, lawfully immigrated to the United States as a permanent resident with his family on Christmas Eve, December 24, 1992, before he was barely a teenager, and he has since spent his entire life here. Because he was convicted and sentenced to prison for California burglary, which we now know does not constitute an aggravated felony crime of violence, and because he could not afford, and the government would not appoint him, immigration defense counsel, he was held in Immigration detention without bond for 5 years, during which his grandmother, who raised him as her own, passed away. Only after the Ninth Circuit Court of Appeals appointed him pro bono counsel, and a dedicated group of idealistic Southwestern law students took over his representation, was James finally able to obtain his release on bond in March of this year, and now finally this long delayed justice from Ninth Circuit.”