That Little Syrian Boy: Here's Who He Was 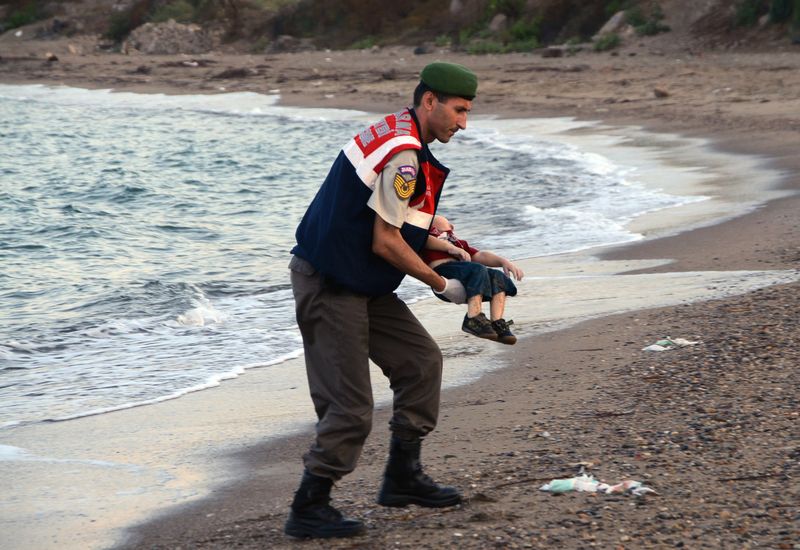 The photo that awoke the world to the refugee crisis in Europe remains in the news.  This NPR story tells about the young Syrian boy, Aylen Kurdi, boy who died seeking safe passage to Europe.

The numbers associated with today's migration crisis are huge: 4 million Syrians fleeing their country; 3 million Iraqis displaced. But it was the image of a solitary child that haunted the world this week. The photo first appeared in Turkish media and sparked outrage, distress and no small amount of soul-searching. It was widely shared on Twitter with the hashtag, "KiyiyaVuranInsanlik" — Turkish for "Humanity Washed Ashore."

The drowned boy was 3-year-old Aylan Kurdi, from Syria, part of a group of 23 trying to reach the Greek island of Kos. They'd set out in two boats on the 13-mile Aegean journey, but the vessels capsized.

Aylan Kurdi's 5-year-old brother, Galip, also drowned, as did the boys' mother, Rehan. Their father, Abdullah, survived. In all, five children from that journey are reported dead.   It has been reported that the family, Syrian Kurds, had lived in Damascus, where Abdullah Kurdi was a barber, until 2011. After Syria's war began, they moved to Kobani, a city along the border with Turkey that has been contested between ISIS and Kurdish fighters and has undergone hundreds of airstrikes. There has been confusion and conflicting reports about whether the family had applied for legal migration as refugees to Canada, where Abdullah Kurdi's sister, Teema, lives and works as a hairdresser.

The United Nations estimates that some 2,500 people have lost their lives on risky sea journeys as they try to escape violence and repression at home. "[T]he message of Aylan Kurdi's photo seems clear enough: The world needs to do better in addressing migrants' needs, safety and dignity"