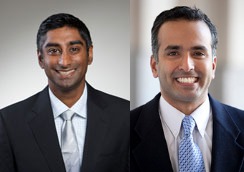 Forget border walls and mass deportations. The real changes in immigration policy are happening in the states.

This is a headline in today's Washington Post Online for a piece authored by immprofs Pratheepan Gulasekaram and Karthick Ramakrishnan.

Citing their forthcoming book, The New Immigration Federalism, Gulasekaram and Ramakrishnan note that despite the highly-charged rhetoric from GOP presidential hopefuls, the national immigration proposals being proffered would be "difficult to implement."

In contrast, states and localities have already enacted policies that "affect the daily lives of immigrants profoundly on everything from access to public higher education to health insurance coverage to driver’s licenses." And these state-level politics "will be difficult to undo, no matter who becomes president in 2017."

Gulasekaram and Ramakrishnan highlight the fact that states are not just setting immigration policy on their own. The federal government "leans on state systems to administer parts of immigration policy" such as enforcement and welfare controls.

Immigration is going to continue being a hot and provocative topic throughout the presidential primaries. But the heat is unlikely to come with any light. Donald Trump and others may energize some potential voters with extreme proposals, but that’s not what leads to national change. For now and for the foreseeable future, the U.S.’s most significant changes on immigration will be happening in the states. Those who want to reform immigration may well do better to push for piecemeal changes at the state level than to chase comprehensive reform federally.