When Pope Francis speaks of being an immigrant, he's referring to his birth in Argentina, to Italian parents. He is the first pope in 1,000 years not born in Europe.  Perhaps that is why immigration has been such a prominent story line in his visit to the United States.  Watch the video above and read this heartwarming story about Sophie Cruz, the child of undocumented immigrants, who traveled from Los Angeles to see the Pope and was greeted by him with open arms. 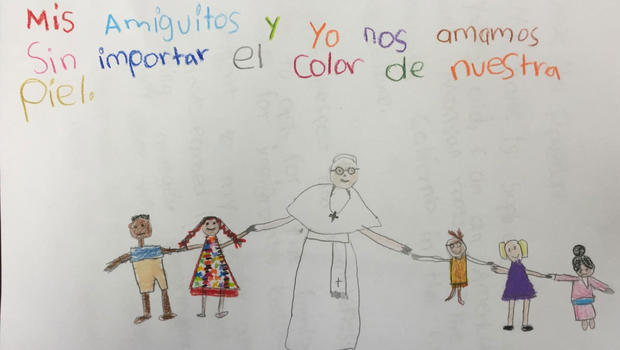