Immigration Article of the Day: 'Illegal' Migration is Speech by Daniel I. Morales 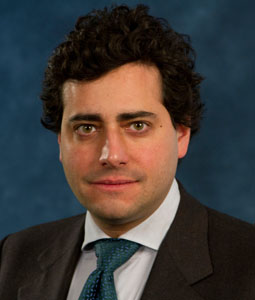 Abstract: This Article advances a theory of “illegal” migration as speech. Other legal scholars have urged that “illegal” immigration is more than simple unauthorized movement across national boundaries or overstaying a visa, but until now no one has shown how undocumented migrants — ironically — improve the immigration law dialogue by violating immigration law.

“Illegal” migration, this Article argues, is political protest speech similar to sit-ins and Occupy Wall Street. When an alien violates immigration law she necessarily speaks out against her exclusion from the United States. Political protest occurs every time an noncitizen crosses a border without permission and every time an alien chooses to overstay a visa. These individual speech acts, made by millions of undocumented, in turn enable groups of migrants to engage in more traditional forms of speech, like demanding legalization in congressional lobbies, or marching in the streets shouting, “no one is illegal.” By speaking in these ways, the undocumented force the citizenry to grapple with the serious constriction of aliens’ lives that immigration laws cause. If these millions of protestors had respected our immigration laws by remaining in their countries of origin, pining for — but failing to seize — a better life in the United States, citizens could not know concretely how immigration laws limit aliens’ lives, and would never learn whether our legal and political system is resilient enough to accommodate millions of people the citizenry did not want or ask for.

Recognizing “illegal” migration as speech does not mean that protestors are necessarily entitled to remain in the United States. Rather, this theory envisions “illegal” migration as sparking and sustaining a dialogue about the justice — and injustice — of citizens’ unilateral control over our national boundaries. The terms of this conversation permit the citizenry to answer protestors with deportation, tolerance, amnesty, or some combination of each. We might pick one or another “answer” precisely because of the persuasive work that undocumented migrants have done while present without permission. In this way, “illegal” migration forces a necessary dialogue about the constitutional power to exclude aliens and ensures that aliens’ voices are included in that conversation, making the discussion more consistent with our democratic values than it would otherwise be.