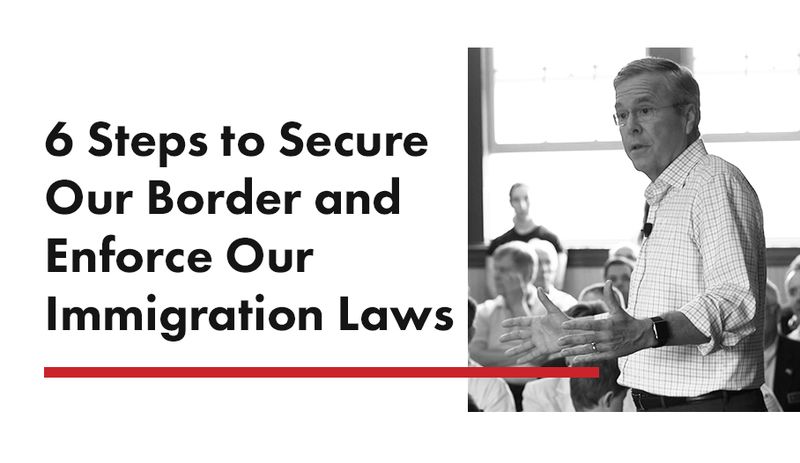 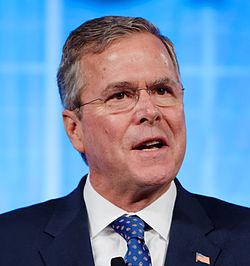 Today, Republican Presidential candidate Jeb Bush announced a six point plan for enforcing the immigration laws, with ensuring border security an apparent prerequisite for any kind of path to legalization for the 11-12 undocumented immigrants in the United States.

Here are the six points:

1. A forward-leaning Border Patrol with the flexibility to deploy resources to meet threats.

2. Use new technologies to achieve continuous surveillance of the border.

5. Identify and send home the people who are entering the United States and overstaying their visas or otherwise violating the terms of their admission.

6. Crack down on sanctuary cities that undermine efforts to enforce immigration laws.

It seems fair to say that the Bush 6 point border security plan is more moderate in tone (if not on its intended impacts) than Donald Trump's statements on immigration enforcement.  Still, Bush's plan focused on enforcement seems much less balanced in approach than his 2013 book on immigration reform, Immigration Wars, with Clint Bolick.