Who is the Best Presidential Candidate on Immigration? 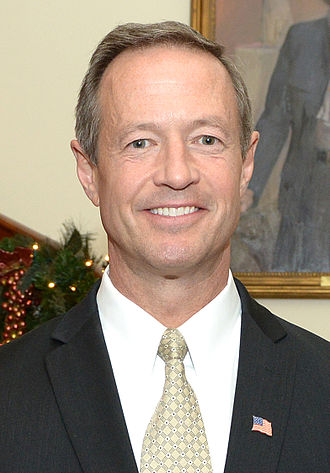 I have been pondering a question lately – who of all the current Presidential would be the best on immigration?

We no doubt all know by where current Republican frontrunner Donald Trump stands.  Jeb Bush has written a book on immigration reform.  Hillary Clinton expresses support for immigration reform; however, she was quick last week to blast San Francisco and its sanctuary law in the sad case of Kate Steinle, which makes me worry where she will be when the immigration debate gets tough.

Some of my progressive friends are enthusiastic about Bernie Sanders, but he has said little about immigration reform and immigration generally.  Given that immigration is the civil rights issue of our century, a candidate’s stand on it in these turbulent times is important.

At the outset, I must have found myself generally in agreement with Senator Lindsay Graham’s (R-SC) positions on immigration, including his support for comprehensive immigration reform, denunciation of Donald Trump as a “demagogue”, and his refusal to use deportation “to destroy families for the hell of it.”

Roque Planas on Huffington Post recently reported on the immigration positions of a candidate who sounds promising on immigration, Martin O’Malley, the former governor of Maryland and Mayor of Baltimore.  O'Malley declared his candidacy at the end of May.  His website offers very detailed and sensible immigration reform proposals that no other candidate has matched to this point.

O’Malley recently said he’d widen the scope of deferred action policies that shield qualified undocumented immigrants from deportation, notably to include undocumented parents of Deferred Action for Childhood Arrivals (DACA) recipients -- a group that the Obama administration did not grant relief. He also said he would drastically scale down the use of immigrant detention, calling it a “last resort” that should only be used to detain people who present a public security threat. He pledged to eliminate a congressionally mandated detention bed quota that requires the federal government to maintain the capacity to lock up at least 34,000 in immigrant detention. His proposals also touched on less discussed elements of immigration policy that nevertheless have a major impact on immigrants' lives. Those who have lived in the country unlawfully, but want to adjust their status, currently have to return to their country of origin for years before qualifying for a visa. O’Malley said the requirement should be eliminated.

Carving out perhaps the most liberal position on immigration among the candidates vying for their parties' presidential nominations would put O’Malley directly at odds with many Republicans and some Democrats who say Congress should prioritize border security before normalizing the immigration status of undocumented immigrants. O’Malley said border security is important, but that the overriding concern for both the economy and national security was bringing the roughly 11 million undocumented immigrants “out of the shadows” so they can contribute to the economy without fear of being separated from their families. Such policies, O’Malley said, are “not only important for newly arriving immigrants -- they’re important for everyone."