What we know about undocumented immigration from Mexico

While Donald Trump is going from coast to coast attacking Mexican immigrants and calling for a border wall, the Pew Resource Center provides some important facts about undocumented immigration from Mexico: 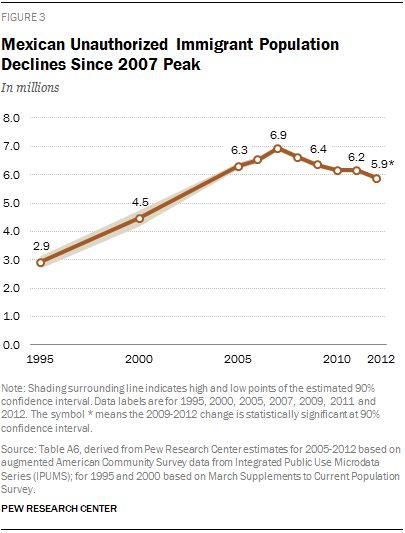 1.  The number of Mexican immigrants living in the U.S. illegally has declined.

2.  More non-Mexicans than Mexicans were apprehended at U.S. borders in 2014, the first time on record this has happened.