Trump Doubles Down on Anti-Immigrant Agenda, Seeks to Capitalize on Random Killing

Donald Trump kicked off his Republican presidential bid by attacking Mexican immigrants.  Despite harsh criticism that has had many large companies distancing themselves from his business empire, is not backing away from those controversial positions.

CNN reports that Republican presidential candidate Donald Trump said yesterday that the seemingly random killing of a young woman in San Francisco was even more proof why voters should support his candidacy. The shooting of Kate Steinle on a city pier, police say, was committed by an undocumented immigrant who had been deported five times to Mexico. Law enforcement officials told CNN that the man had been released by the San Francisco sheriff's department despite a request from U.S. Immigration and Customs Enforcement for an immigration detainer. The suspect previously had been charged with four relatively minor drug crimes and one for probation violation and illegal reentry. San Francisco policy requires that the Sheriff's Department only place an ICE hold on a detainee if supported by judicial determination of probable cause or with a warrant of arrest. For more details about the case, click here and here. 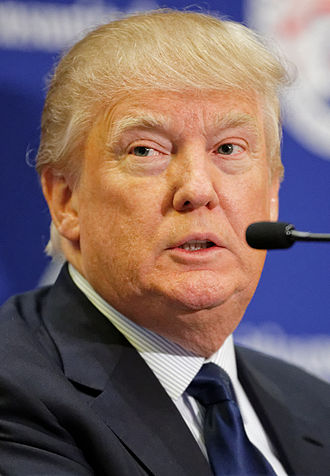