Immigration Article of the Day: Toward Detente in Immigration Federalism by Cristina Rodriguez 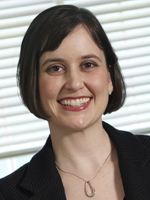 Abstract: In its efforts to enforce immigration law, the federal government has been challenged from two directions — by states and localities that regard federal enforcement as feckless and by those that consider it to be overzealous. Spurred in part by social movements, as well as interest group politics, state and local jurisdictions have enacted laws and adopted administrative policies designed to either shift or augment federal enforcement efforts. In previous work, I have emphasized the value of this sort of disharmony, even in areas where federal control or primacy might seem desirable or necessary. Indeed, this churning has forced the federal government to reconceptualize and crystallize its power and priorities. In this essay for the symposium celebrating the work and career of David Martin, however, I argue that the time has come for détente in enforcement federalism, by which I mean renewed prioritization of values of comity and cooperation rather than hierarchy and resistance. After exploring what each level of government stands to gain from a détente, regardless of its views about the propriety and scope of immigration enforcement, I consider what a détente might entail. Despite certain federalizing moves in recent years — the Supreme Court’s decision constraining what pro-enforcement localities might do in Arizona v. United States and the Obama administration’s reformulation of the Secure Communities program, for example — state and local police remain connected and integral to the system of immigration enforcement. The federal government has come to some terms with the views of states and localities, both through its emphasis on the value of cooperation throughout the Arizona litigation and through recent reform of its detainer policies. States and localities and their allies (whether pro or anti-enforcement) ought to do the same, in the interest of creating a well functioning and integrated regime of immigration enforcement sensitive to the communities it polices.