The Criminalization of Immigration in the United States 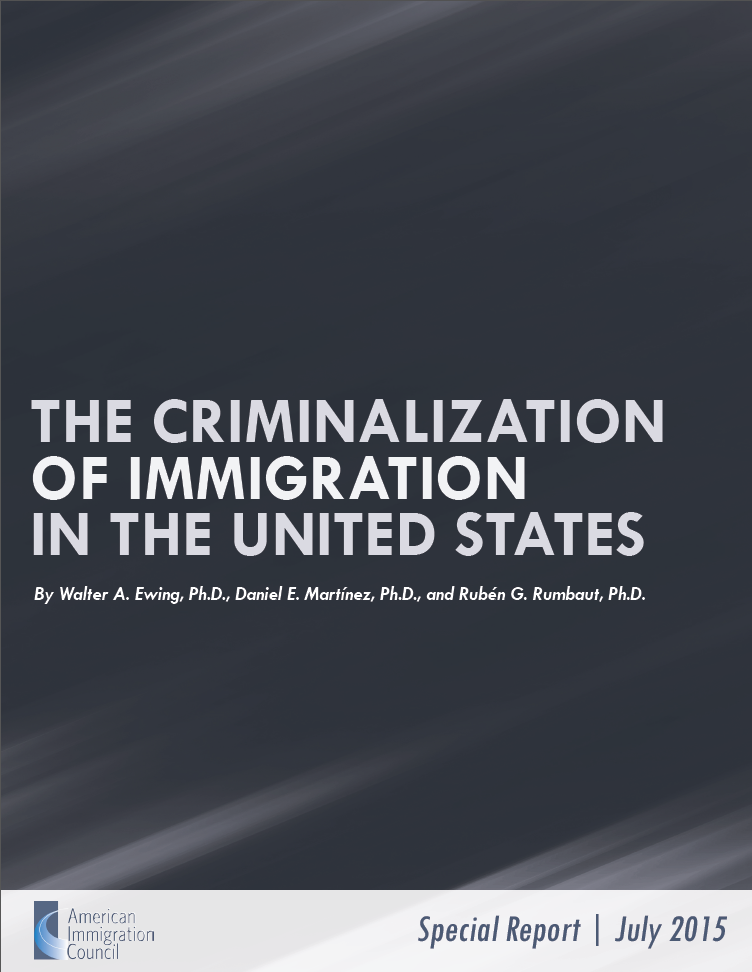 Today, the American Immigration Council released the report, The Criminalization of Immigration in the United States by Walter A. Ewing, Ph.D., Daniel E. Martínez, Ph.D., and Rubén G. Rumbaut, Ph.D. The report is a sequel to our 2007 report and confirms that anecdotes are simply no substitute for hard data. For years, the quantitative data has established two key facts with respect to the relationship between immigrants and crime: immigration is associated with lower crime rates andimmigrants are less likely than the native-born to be serious criminals.

The new report also describes the ways in which U.S. immigration laws and policies are driven by misconceptions and have re-defined the notion of “criminal” as it applies to immigrants. As a result, our immigration enforcement programs are designed to round up even long term residents whose only infraction is being undocumented.