A survey conducted by the nonpartisan Public Religion Research Institute found immense support for President Obama’s immigration policy. The telephone survey, conducted between Feb. 4, 2015 and Feb. 8, 2015, included 1,015 participants from most major political parties and religious affiliations. The survey indicated that approximately 76% of Americans favored allowing illegal immigrant parents of legal children to remain the country, provided they met the few requirements. This percentage encompassed the support from 87% of Democrats, 77% of Independents, 67% of Republicans, 76% of Catholics, and 68% of white evangelical Protestants.

Interestingly enough, the survey found that when President Obama’s name is attached to the policy, support fell by over 10%. Termed, the “Obama Effect”, the reduction in support is most pronounced in Republicans, but by no means is isolated to them. For example, 60% of surveyed Republicans supported the objectives of the DREAM Act, but that support dropped to 37% when President Obama’s name was referenced. These numbers show a rapidly positive change in attitude towards immigration when compared to numbers garnered from last year’s survey. 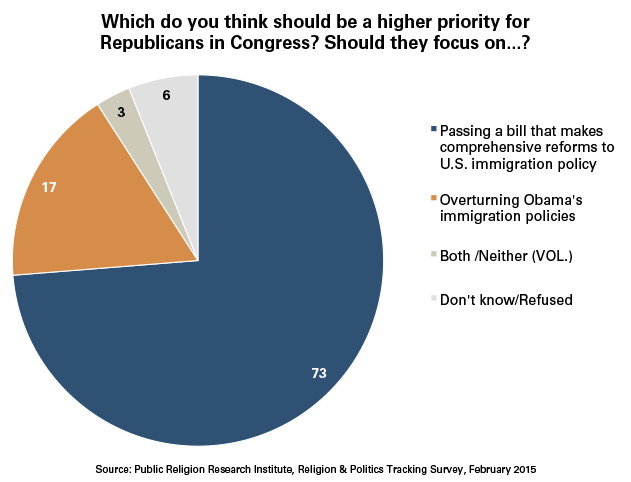