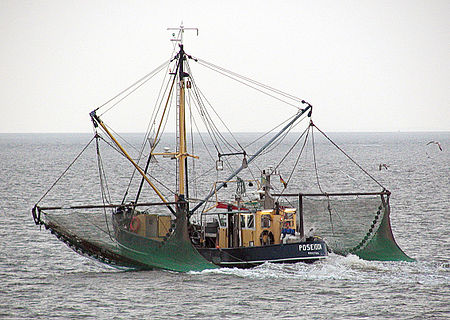 Ian Urbina has the third installment of the "Outlaw Ocean" series.   "‘Sea Slaves’: Forced Labor" reports on men who have fled servitude on fishing boats who recount beatings and worse as nets are cast for the catch that will become pet food and livestock feed.  Here is one telling passage:

"Labor abuse at sea can be so severe that the boys and men who are its victims might as well be captives from a bygone era. In interviews, those who fled recounted horrific violence: the sick cast overboard, the defiant beheaded, the insubordinate sealed for days below deck in a dark, fetid fishing hold."

UPDATE (July 28): Ship captains can flout laws with impunity -- enslaving, murdering, and intentionally dumping oil, while raking the oceans clean of fish -- because there are no police on the high seas. But what if a vigilante group set out to prove that it could hunt, catch and bring to justice a ship at the top of Interpol's Most Wanted list?

The answer: the longest sea chase in history, spanning 10,000 miles, across cyclone storms, ship rammings, violent clashes, and deadly building-sized icebergs. And then one of the ships sunk.
This is the fourth installment of The Outlaw Ocean. Reported from the vigilante ship during the pursuit in the South Atlantic, the story shows how laws are tough to enforce on the high seas -- and, yet, why it's essential that we try.