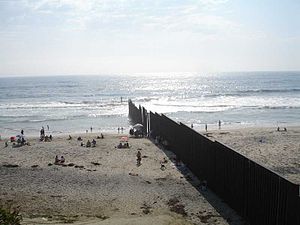 Abstract: This article analyzes numeric trends and demographic characteristics of undocumented border crossers (UBCs) who have perished in southern Arizona between 1990 and 2013 in the area covered by the Pima County Office of the Medical Examiner (PCOME) in Tucson, Arizona. Of 2,413 UBC decedents investigated during this period, 95 percent died after 1999 and 65 percent after 2005. The rate of UBC deaths in the Tucson Border Patrol Sector has been consistently high, with an average of nearly 163 deaths investigated per year between 1999 and 2013. The increase in border enforcement during the mid-to-late 1990s, which led to a shifting of unauthorized migration flows into more desolate areas, coincided with an increase in migrant remains investigated by the PCOME. Despite a decrease in the number of unauthorized crossers traversing the area as measured by the number of Border Patrol apprehensions in the Tucson Sector, the number of remains examined for every 100,000 apprehensions nearly doubled between 2009 and 2011. These findings suggest that migrants are being forced to travel for longer periods of time through remote areas in an attempt to avoid detection by US authorities, thus increasing the probability of death.

The typical UBC decedent can be described as a male near the age of 30 from central or southern Mexico who perished in a remote area of southern Arizona after attempting to cross into the United States. Nevertheless, the share of non-Mexican UBCs in the region has increased notably over time. The findings show other important differences in UBC decedent characteristics across time periods, which speak to the dynamic nature of unauthorized migration as a social process. The authors contend that these deaths and demographic changes are the result of structural and political transformations over the past two decades. They argue that the tragic, yet mostly preventable, migrant deaths in southern Arizona constitute a form of structural violence.

EDITOR'S NOTE:  The scorching heat of the summers in the U.S./Mexico border region contributes to the annual spike in the death count of undocumented persons seeking to cross the desert to make it to the United States.  Increasing deaths on the border is one of the consequences of the increase in border enforcement by the U.S. government over the last 25 years.