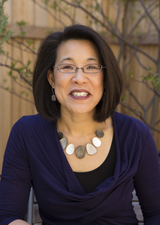 Professor Erika Lee has an interesting commentary in the Orange County Register about the changes in Chinese immigration to the United States.  As reported on ImmigrationProf, China recently surpassed Mexico as the country sending the largest number of legal immigrants to the United States.  "Once singled out for exclusion by law from the United States, Chinese immigrants now make up the largest single group of arrivals a year into this country. A recent report by the Census Bureau reported that China replaced Mexico as the top country of origin for immigrants to the U.S. in 2013, and another report has found that China sends more students to the U.S. than any other country. What’s equally improbable, given the history, is that Chinese immigrants are now considered part of the rising Asian American `model minority,' showcasing how immigrants (and other minorities) can make it in America.  Media portrayals of Chinese and other Asian Americans often contrast sharply to those of other immigrants, like undocumented immigrants from Mexico, or Middle Eastern Muslim immigrants unfairly tainted by association with terrorism."

Times change, or do they?