Detained Noncitizens entitled to be paid for work? by Alan Hyde 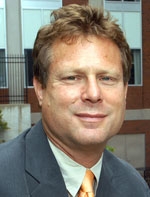 Judge Kane in federal district court in Denver refused last Monday to dismiss a class action by detainees at a private, for-profit immigration detention center, claiming they were entitled to compensation for the work they performed under the center’s Orwellian-named Voluntary Work Program.  Menocal v. The GEO Group, Inc., 2015 US Dist LEXIS 87831 (D.Colo. 2015). According to plaintiffs, the center, in Aurora CO, required detainees to clean the facility, prepare meals, and do laundry, for compensation of $1 a day and under threat of solitary confinement if they didn’t.

The case was plead in a somewhat surprising way. There are two surviving claims. First, a federal claim under the Trafficking Victims Protection Act (TVPA), which provides a civil remedy against anyone who "knowingly provides or obtains the labor or services of a person by . . . means of force, threats of force, physical restraint, or threats of physical restraint." 18 U.S.C. § 1589(a); see id. § 1595 (providing civil remedy). Second, a common law unjust enrichment claim. Interestingly, neither of these claims is limited to statutory employees, and it is thus irrelevant whether or not the detainees are employees of the center, or self-employed, so long as they are not actually volunteers. Judge Kane did dismiss claims under Colorado state wage and hour law, deferring to administrative interpretations by the state that prisoners are not employees for purposes of that statute. Of course, immigration law professors all know why and how detainees are not prisoners. Still, the immigration advocate going the state wage-and-hour route should probably first seek relief from the relevant state labor regulators rather than ask a federal judge to overtake them.

Plaintiffs made no claim under the federal Fair Labor Standards Act (FLSA). Andy Schmidt of Towards Justice explained to me that, had they won on the state law claim, they might have added a federal claim. They felt Judge Kane would not rule for them on either and wanted to avoid a negative national precedent on the FLSA. So the issue remains open.

Not discussed at all, because no longer even controversial, is the obvious point that plaintiffs’ immigration status is irrelevant to their ability to enforce their rights to compensation under labor standards law, unjust enrichment, or the TVPA.

Share with your colleague who teaches contracts, who is probably looking for an unjust enrichment case more contemporary than Britton v Turner.