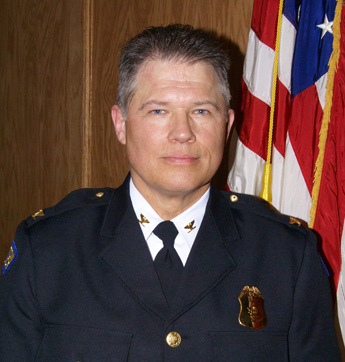 More often than not, these immigrant groups are then reluctant to report crimes committed against them or their neighbors, fearing that such reports will result in deportation after their immigration status — or the immigration status of friends and family members — is revealed. This fear has true costs, allowing dangerous criminals and criminal organizations to prey on immigrant communities, as well as the community at large. As a Chief of Police, my number one priority is to ensure community safety and security. Accordingly, in order to serve the greater community, all members of a community must feel free to call for police services without fear of undue repercussions. This improves community policing and safety for everyone.

The Dayton Police Department has adopted three key policy revisions since 2008 to support community policing and better serve growing immigrant communities, including (1) refining our enforcement strategies that involve federal immigration personnel, (2) setting out department-wide guidelines for interacting with immigrant witnesses and victims, and (3) publicizing existing federal laws that offer protection to cooperative victims and witnesses. These changes have allowed the Department to focus on what is important, both in terms of building community partnerships and prioritizing and focusing enforcement resources. They also have produced concrete results, coinciding with significant reductions in crime in Dayton.

Sanctuary policies and practices are not designed to harbor criminals. On the contrary, they exist to support community policing, ensuring that the community at large — including immigrant communities — trusts state and local law enforcement and feels secure in reporting criminal conduct. Cooperation with federal immigration enforcement officials still can exist, but state and local law enforcement should carefully tailor policies to ensure that community policing is not undermined. What everyone wants is a safe community."

As Biehl makes clear, Dayton is committed to effective community policing that requires the cooperation and assistance of immigrants.  While some might call it a sanctuary city, Dayton sees its policies called for by prudent law enforcement principles.

Chief Biehl testified before a congressional committee this week on "sanctuary cities" and against legislation that would strip them of certain federal funding.  Here is his testimony.  Sacramento County Sheriff Scott Jones expressed different views.