Article of the Day: Setting the Stage for Ferguson: Housing Discrimination and Segregation in St. Louis by Rigel Christine Oliveri 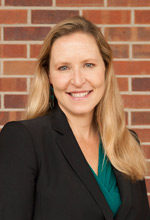 Abstract: The events of fall 2014 in Ferguson, MO (the shooting death of Michael Brown by a white police officer and the subsequent protests and riots), have been examined from many angles – the policing of minority communities, the militarized police response to peaceful protests, the poor schools and job prospects for young people like Mr. Brown, etc… This paper adds another factor to the analysis: housing discrimination.

St. Louis is one of the most segregated places in the country and this is not an accident. The history of St. Louis is replete with discriminatory housing laws, policies, and practices. While these were common throughout the United States, they were particularly egregious, widespread, and pervasive in industrial mid-western cities like St. Louis. St. Louis, in fact, was where three of fair housing law’s most foundational fair housing cases emerged from: Shelly v. Kraemer, which held that racially restrictive covenants could not be enforced by courts; Jones v. Mayer, which held that private acts of race discrimination in housing were prohibited by the Civil Rights Act; and United States v. City of Black Jack, which recognized the use of disparate impact theory in fair housing cases. When we look closely at these cases – not just the legal principles that they established but the physical, racial geography of the homes, neighborhoods, and cities that were contested – we can see how they reflected the racist forces that shaped the reality of modern metropolitan St. Louis.

This paper traces the history of housing discrimination in the St. Louis metro area using these cases as a framework, concluding with a discussion of how these historical forces resonate in contemporary Ferguson. The paper concludes with suggestions for reforms that might help undo what a century’s worth of officially sanctioned discrimination and segregation have wrought.