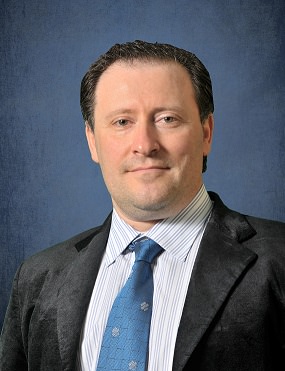 The topic of illegal immigration and the crime they may – or may not – bring into the country has been pushed squarely into the spotlight by a billionaire who holds properties in Nevada and a former First Lady who recently spoke out in Las Vegas about the President’s initiatives as she put her stamp on volatile, political real estate.

Does Trump Get His Facts Wrong – Again?

Donald Trump’s candidacy is about two weeks old and “the Trump” has been fairly consistent at sticking to two main points:

Defending his anti-immigrant remarks, and

The two-week melodrama has given the world a peek into the way Trump’s mind works: Trump is always right until he’s not and then he was never wrong — YOU were.

The statements that kicked off Donald’s troubles came within the first few minutes of his campaign’s kickoff.

Later on CNN, Trump tried to offer a defense to anchor Don Lemon.

Citing Bersani’s work, Pew Research wrote, “The crime rate among first-generation immigrants — those who came to this country from elsewhere — is significantly lower than the overall crime rate.

“Immigrants are underrepresented in Nevada prisons compared to their representation in the overall population,” Published by the Public Policy Institute.

How did Trump get a simple point wrong? Trump cited an article from Fusion in his defense and that’s where he made the first step into fallacy.

Lemon pointed out that the story was about immigrant women being raped.

Mexico Isn’t the Only Group Bringing Crime Through Immigration

Nevada may not seem like an obvious destination for fugitives running from justice, but it turns out that many corrupt Chinese former officials believe the desert city is an oasis as they try hiding out in the US.

The country’s white-collar fugitives are picking America for its standard of living, the mature legal system and the fact that the US and China don’t have an extradition treaty.

“Before their cases are identified, they apply for immigrant status for their families and gain permanent resident status in the US. Then they launder their bribe money and transfer it to America,” says Wooldridge.

While China is looking for American cooperation in stemming the flow of corrupt officials, officials in China lack confidence in the regime and feel that flight overseas demonstrate nothing but the country’s corruption and moral dissolution.

Wooldridge says pressure is growing on Beijing to address the problem of corrupt fugitives as part of a bigger fight already responsible for the downfall of thousands of officials.

“If their leaders are unable to solve this problem,” says Wooldridge, “China’s people may begin to wonder if they can succeed in their fight against corruption.

In some ways, Nevada is shaping up to be ground-zero for the struggle between pro and anti-immigration groups tightening regulations for illegal immigrants in Nevada.

President Obama’s immigration actions would possibly allow millions of immigrants to apply for relief from deportation and could improve the nation’s economy according to civil rights groups who filed an amicus brief in Las Vegas in April. The brief was one of diverse listed in support of Obama’s administration actions which has economists predicting that the nation’s GDP will increase by over the next $200 billion within the next decade.

Opposing the fight is the Nevada attorney general who has pushed Nevadans into what many observers are calling, an anti-family battle.

“Nevada stood to gain $21 million under the expanded programs, but if this lawsuit succeeds, the only thing that will be destroyed will be dreams and immigrant families,” said Wooldridge.

When Hillary Clinton visited Las Vegas in early May, she marked out her aggressive position on immigration.

Attempting to build on her strong record with Latino voters, Clinton backs nothing less than what she calls a “full and equal” path to citizenship for undocumented immigrants.

Clinton spelled out her views during a roundtable discussion with six undocumented young people in the library at Rancho High School — a school where seven out of ten students are Latino.”

“This is where I’m different than everyone on the Republican side,” Clinton said.

Sixty-eight percent of Latinos surveyed in 2014 by Latino Decisions said they were likely to support Clinton if she were to support Obama’s executive actions. Fifty-five percent said they are not likely to back her if she opposes the White House’s actions.

The whole illegal immigration and crime issue won’t be resolved until the 2016 election and probably not even then. There may be easy answers to the issue, but the solutions are not simple and can be as slippery as Donald Trump relying on statistics.