U.S. Citizenship and Immigration Services (USCIS) will celebrate the nation’s 239th birthday by welcoming more than 4,000 new U.S. citizens at over 50 naturalization ceremonies across the country July 1-4.

“As we celebrate Independence Day, we welcome over 4,000 new Americans who will be able to enjoy all the rights, privileges and responsibilities of U.S. citizenship,” said USCIS Director León Rodríguez. “From Los Angeles to New York, Miami to Seattle, Indianapolis to Los Alamos, these individuals are showing their full commitment to the freedoms, values and ideals that have inspired Americans since the Declaration of Independence in 1776.”

Citizenship candidates will take the Oath of Allegiance at locations including the New York Public Library, Harold Washington Library Center in Chicago, Seattle Center, the National WWII Museum in New Orleans and the Tower Theater in Miami. This year’s celebration also will feature ceremonies at historic sites such as George Washington’s Mount Vernon in Virginia; Thomas Jefferson’s Monticello in Charlottesville, Virginia; and the USS Midway in San Diego, California.

USCIS encourages new citizens and their families and friends to share their ceremony experiences and photos afterward on Twitter and other social media, using the hashtag #newUScitizen.

For more information about USCIS and its programs, please visit www.uscis.gov or follow us on Twitter (@uscis), YouTube (/uscis), Facebook(/uscis), and the USCIS blog The Beacon 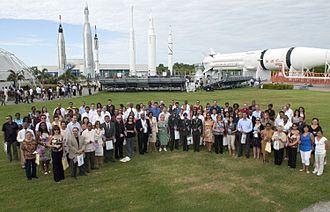