Symposium on Kerry v. Din: When it comes to immigration, neither marriage nor citizenship matter by M. Isabel Medina 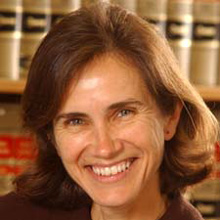 We continue our symposium on Kerry v. Din today with this contribution:

The Supreme Court’s decision in Kerry v. Din is relatively short and in the world of Supreme Court cases received relatively little national attention or publicity as it made its way through the Court’s term.  The other Supreme Court case this term on marriage, Obergefell v. Hodges, drew at least 149 amicus briefs – 77 for the petitioners (gay and lesbian couples challenging state restrictions on same-sex marriage), 67 for the respondent (states that prohibit same-sex marriage or refuse to recognize them), and 5 amicus briefs who claimed not to support either party.  Kerry v. Din drew five amicus briefs.  Total.  The outcome of Kerry v. Din made few of the front pages on the national media.  When Obergefell comes down, it is likely to be the story of the day.  Kerry may have little directly to say about the outcome in Obergefell; as Michael Kagan and others have noted, even the plurality opinion arguably leaves the door open to recognition of same-sex marriage as being consistent with the way prior Court opinions have treated the right to marry, so that where the Chief Justice will stand on same-sex marriage is still not clear. Kerry, however, speaks not only to plenary power, as Dean Johnson noted in his post, but to the Court’s narrow concept of what it means to marry, and the degree of protection US citizens enjoy from governmental interference with marriage rights and intimate relationship rights, as Elizabeth Keyes, Geoffrey Heeren and others note in their contributions to this symposium, when they choose to marry noncitizens.

Plainly Obergefell is an important case and deserves all of the attention it has received.  But Kerry v. Din is also an important case.  It involved the right of a U.S. citizen to live in the United States with her/his spouse.  It involved what in marriage was protected from governmental interference and the degree of constitutional importance that being in a marriage carries.  It’s ironic in a sense, because the primary reason that Obergefell has come about is because of the benefits and rights that being in a married state carries.  Kerry v. Din speaks directly to this, and it is with a crabbed view of those benefits and rights that marriage enjoys from arbitrary and irrational governmental regulation that a majority of the Court speaks.

The right at issue in this case is a right that the Court has traditionally recognized as one of the most “basic civil rights” of persons.  Not all of the marriage cases directly involved access to marriage; one of the earliest cases to recognize a fundamental right to marry involved a state’s decision to forcibly sterilize a person convicted of certain criminal offenses.  The Court reasoned in part that sterilization would burden or impact the right to marry because it would limit enjoyment of a substantial part of the reason that people marry – to enjoy sexual relationships and, perhaps, to procreate.  Sterilization would limit that possibility and, thus, it impacted the right to marry.  Similarly, in the latter half of the twentieth century, when state restrictions on the sexual intimacy that couples, married or not, came to be viewed as constitutional transgressions on the privacy and autonomy of couples or individuals (like restrictions on contraception and sexual conduct that does not lead to procreation) the Court began recognition of these interests in the context of marriage, because the activities are part of what is essential to marriage, not because restrictions or prohibitions of the activities deny access to marriage.  While there is no case recognizing that the right to marry includes the right to live together, that is certainly one of the essential attributes of marriage as Michael Kagan concludes.

There is at least one other Supreme Court case, Lawrence v. Texas that is arguably relevant to Kerry v. Din. Granted, it does not involve marriage or the right to enter marriage.  But Lawrence opened the door to same sex marriage. In recognizing that the state could not prohibit persons from enjoying intimate relationships in Lawrence, the Court implicitly recognized that persons had a right to engage in an intimate relationship, whether formally recognized by a state as a marriage or not.  Lawrence, in a sense, spoke to what is at the essence of a marriage – an intimate relationship.  As Michael Kagan notes, sexual intimacy is in most cases material to marriage.  Intimacy is material to marriage.  It’s hard to be intimate or have intimacy if you can’t live together.

Kerry v. Din is likely to have a significant impact on the marriage rights of U.S. citizens (and noncitizens who enjoy permanent residence in the US).  According to the U.S. Census Bureau’s American Community Survey, the rate of binational marriage is increasing.  Americans, including members of the military, travel and work abroad.  They form relationships abroad, and marry noncitizens.  As Elizabeth Keyes made clear in her opening post, while some may be able and willing to reside abroad, Kerry v. Din in effect forces them to live abroad if they are going to live with their spouse.  US citizens shouldn’t have to choose between their country and their spouse.  Moreover, as Keyes recognizes, the ruling will have potentially devastating impacts on binational marriages, including the likelihood that those marriage will endure, the status of children from those marriages, including whether the children will enjoy U.S. citizenship status and develop strong ties to the U.S. if they are raised abroad, and, in the event of divorce, transnational custody and child support disputes.

Kerry v. Din will disproportionately impact racial and ethnic minorities, the persons most likely to be seeking a visa for a noncitizen spouse and the persons most likely to be denied the visa on terrorism or other grounds.  Kerry’s bottom line is that no one gets to examine at or pierce the veil of consular decisions.  The level of review provided in the Ninth Circuit decision and ultimately accepted by six justices is minimal process:  in the words of the dissent “a statement of reasons, some kind of explanation, as to why the State Department denied her husband a visa,” and in the words of the concurrence, a “’facially legitimate and bona fide’ reason for its action.”  While there is language in Justice Breyer’s dissent that suggests that more process might be justified than simply to require the government to give the specific statutory provision or factual basis that led to the denial of her spouse’s visa, it is hardly full procedural due process protection.  Justice Breyer’s dissent shies away from full application of procedural due process protections and the justification for not doing so appears to rest on dubious distinctions (the right to marry doesn’t protect couples from being separated in a military draft or upon a criminal conviction and it involves aliens/noncitizens).  But that’s the dissent.  And the majority judgment means that consular officers continue to be insulated from review and free to give vent to private racial, ethnic or religious biases.