The protestors, who oppose family detention, held up signs saying "Shame" and "Vergüenza." 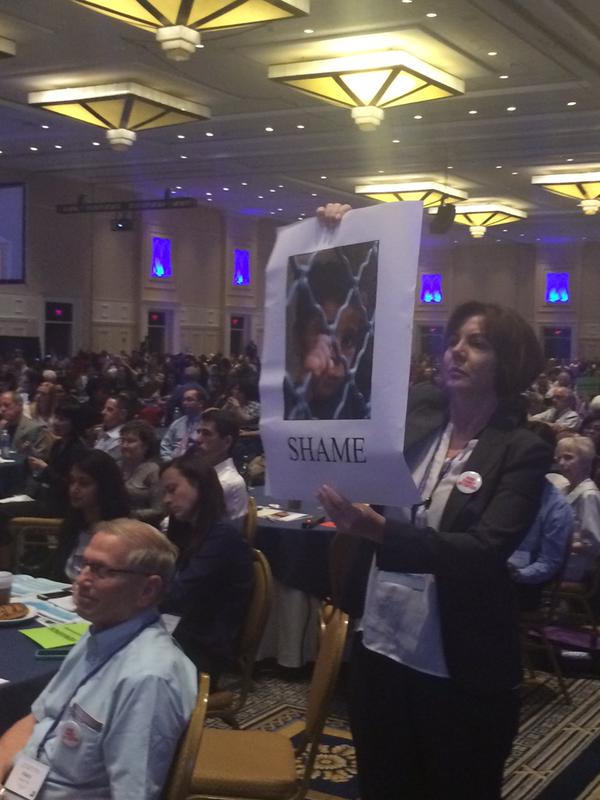 Here's another from Anastasia Tonello (‏@anastasianylon): 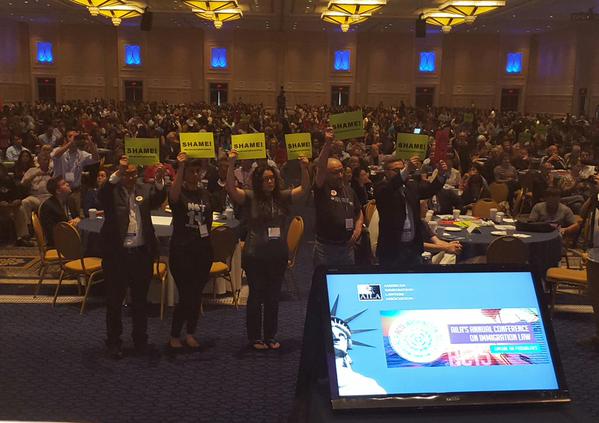 If you look closely, you can see that the reverse side of these signs says vergüenza. Photo via @santanesc_info: