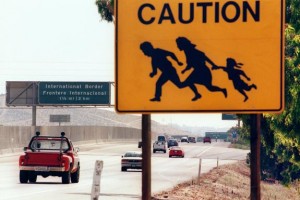 Julia Preston of the New York Times reports that, in a change in policy, the Department of Homeland Security has announced plans to end the long-term detention of mothers with children caught crossing the border by allowing most of them to be released quickly on bond.  Here is the statement by DHS Secretary Jeh Johnson.  Family detention had been ramped up in response to the increase in families fleeing violence in Central America in 2014.