Middle Eastern and North African Immigrants in the United States

As of 2013, approximately 1.02 million immigrants from the Middle East and North Africa (MENA) region resided in the United States, representing 2.5 percent of the nation’s 41.3 million immigrants. Migration from the MENA region to the United States, motivated mainly by political instability in the region and economic opportunities abroad, began in the 18th century and has occurred in three phases.  Click the link above to see the full report.

MENA Immigrant Population in the US 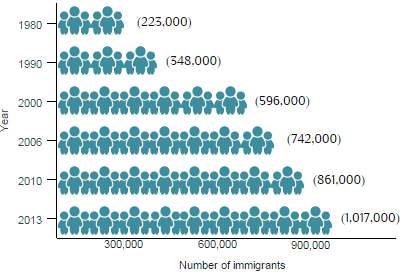