Kalhan: Executive Action on Immigration and the Judicial Artifice of "Lawful Presence” 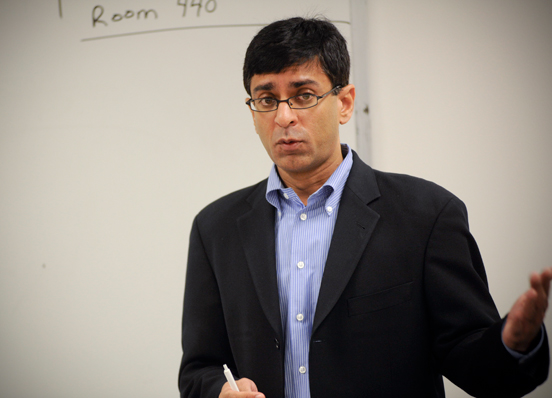 "At least rhetorically, the language of the opinion, written by U.S. Circuit Judge Jerry E. Smith and joined by U.S. Circuit Judge Jennifer Walker Elrod, is more measured than Judge Hanen’s cloddish, 123-page screed—although concededly, that is a rather low hurdle to clear. Aside from a long footnote endorsing a patronizing argument for why the increasingly discredited term “illegal alien” should not be understood as “an opprobrious epithet,” Judge Smith’s opinion contains little of the gratuitous anti-immigration rhetoric found in Judge Hanen’s opinion, which I have analyzed both here at Dorf on Law and in a forthcoming article in the UCLA Law Review Discourse.

Substantively, however, the opinion suffers from precisely the same basic flaws."

Click the link above to read Professor Kalhan's critique of the majority's analysis.