Immigration Article of the Day: Same-Sex Spouses Lost in Translation? How to Interpret 'Spouse' in the E.U. Family Migration Directives by Scott Titshaw 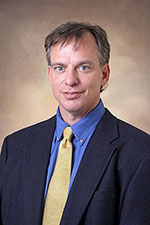 Abstract: This Article analyzes the word “spouse” in European Union Family Migration Directives in detail, focusing on the treatment of married bi-national same-sex couples. In the process, it describes and applies accepted methods of E.U. directive interpretation in a way that may provide general guidance to lawyers more familiar with statutory interpretation under other legal traditions like that of the United States.

U.S. comparisons are apt in this context. Like U.S. States, individual E.U. Member States have primary authority over family law, but the Union exercises significant authority over immigration and internal migration. Thus, family-based immigration is a point of tension within the multi-tiered legal systems on both sides of the Atlantic.

Directives expressly provide immigration rights to the “spouses” of E.U. citizens and legal residents. Yet there is lively debate regarding whether this term includes married same-sex couples. While a growing number of E.U. Member States authorize same-sex marriage, the majority still do not. The Union, therefore, must determine how to treat migrating couples who are legal spouses in one Member State, but not in another.

This echoes the choice faced in the U.S. in both 1996 and 2013: Should federal law determine spousal status based on the law of the jurisdiction where a marriage was celebrated or where the couple resides, or create its own independent federal definition? The American experience with two of these approaches (a federal definition and a place-of-celebration choice-of-law rule) may help Europeans as they develop their own answer. The alternative European focus on registered or de facto partners also may interest Americans.