The EU has a "safe third country" rule regarding asylees: EU Member States may return asylum seekers to the first "safe" country that they entered on their journey in lieu of ruling on their petitions for asylum.

In contravention of this rule, Hungary has just announced that it will no longer take back asylum seekers who first entered Hungary but traveled on to other countries before seeking asylum.

This announcement comes on the heels of news that the country plans to build a 13-foot high fence along its 109-mile border with Serbia in another effort to curb immigration. In addition to building fences, the Hungarian government has raised anti-immigrant billboards, like this one via Daily News Hungary: 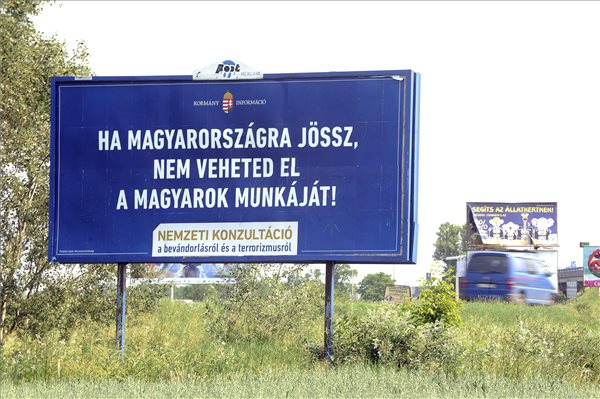 It says, "If you come to Hungary, you can't take Hungarians jobs!"