Here's a photo from the twitter feed of journalist Eli Yokley: 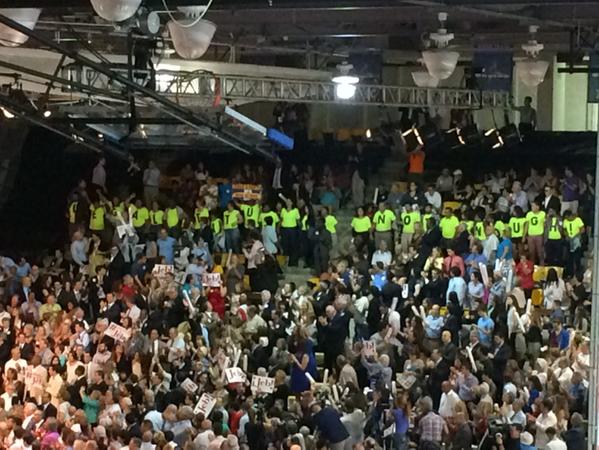 According to Bloomberg news, the protesters revealed their shirts "midway through" Bush's speech and began chanting. This "led to a standoff as his supporters applauded loudly to drown out their voices. As they began to leave the building, chants of "USA! USA" broke out and Bush ad-libbed an answer them."

His answer, which can be heard clearly in the video clip below, was this: "The next president of the United States will pass meaningful immigration reform so that will be resolved—not by executive order."

Now that's what I call a campaign launch!