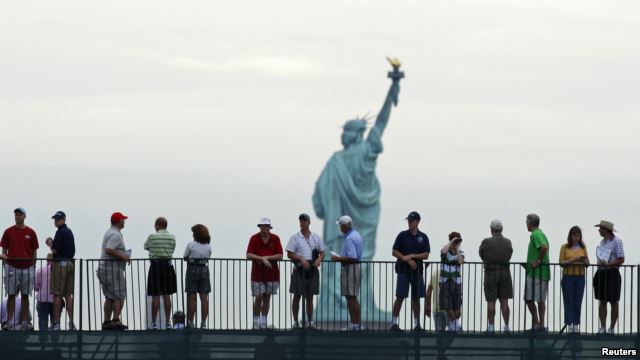 Photo courtesy of Voice of America

June marks the second annual Immigrant Heritage Month in the United States, which honors the place of immigrants in shaping U.S. society. According to the U.S. Census Bureau, the nation's immigrant population is more than 41 million, or 13 percent of the total population of 316 million.

Actress Dania Ramirez interviews her family members in this documentary (An American Alien) that tells the story of her parents coming to America from the Dominican Republic. She released the video above on YouTube to celebrate Immigrant Heritage Month 2015.