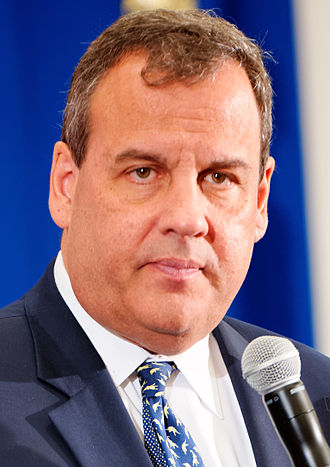 I can't help it.  Presidential elections are just a lot of fun.  As they say, truth is stranger than fiction.  Who would have guessed that Donald Trump, Bobby Jindal, Ted Cruz, and a fully array of characters would declare that they were candidates for the GOP nomination?  Now, New Jersey Governor Chris Christie, with a personality that is larger than life, has made it official.  He is running for the Republican nomination for President of the United States.

An avowed fan of New Jersey native son Bruce Springsteen, Christie once supported a path to legalization for undocumented immigrants but publicly changed his view a few weeks ago as he readied his presidential run.  A International Business Times article observes that

"Christie has spent much of his time in office avoiding the issue of immigration. . . . Initially, Christie backed a pathway to citizenship. But that view has become untenable among many Republicans, who call it amnesty as they make an effort to stamp out any of its supporters in the party. In May, Christie shifted his position, saying he no longer backs that pathway. . . . There are still a lot of blanks for Christie to fill in on the issue of immigration. And, since it will be such a hotly contested issue during primary season, there will be many waiting to hear a more lengthy explanation of his views."'