A Possible Initiative in California: State Residence for Undocumented Immigrants 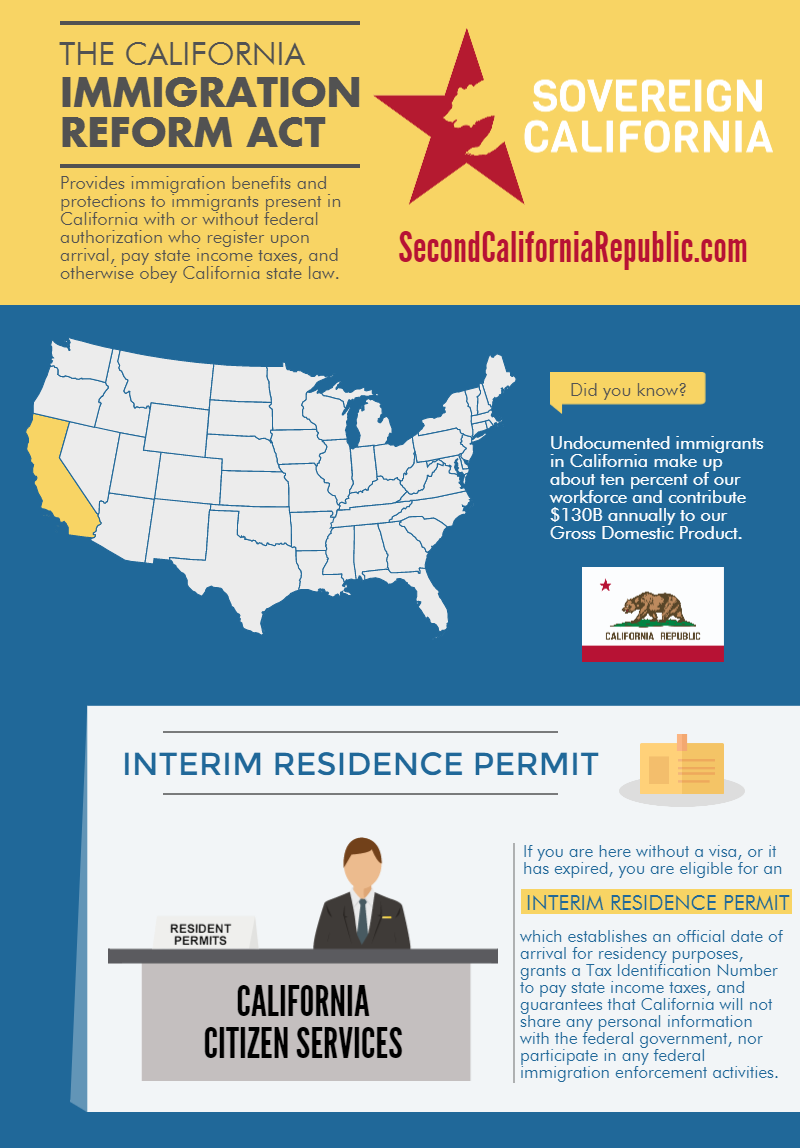 California has been at the forefront of recent state and local efforts to promote immigrant integration through the so-called "California package" (see this Los Angeles Times op/ed), an alternative to the approaches to immigration enforcement pursued by Arizona, Alabama, and other states and localities.

The International Business Times reports on the latest interesting development out of California.  An initiative to give residency permits to undocumented immigrants living in California  is gaining momentum.  Backers of the measure are gearing up to begin collecting signatures to get the proposal before voters in 2016. The California Immigration Reform Act would require permit holders to pay state income taxes and bar the state from using public funds to aid federal immigration enforcement. Initiative supporters have until December 21 to get the required 365,880 signatures from registered California voters to put the initiative on the 2016 ballot.

The permits would establish an official arrival date in the country and give immigrants a tax identification number to allow them to attend school or apply for jobs. “If you come forward, register, pay state income taxes and get your immunizations, California will allow you to stay in California and you will be here legally, at least as far as California is concerned,” Louis J. Marinelli, president of Sovereign California, Inc., the group behind the initiative, said in a statement.  The Los Angeles Daily News reports that "Marinelli is also the proponent of initiatives that would create an advisory group to explore establishing California’s autonomy from the United States; require the display of the California flag above the U.S. flag, change the governor’s title to president of California and ban out-of-state contributions to California election campaigns.